38-year-old Bryan Duran was arrested after he allegedly threatened another driver with a gun during a road rage incident in Avondale. FOX 10's Brian Webb reports.

AVONDALE, Ariz. - A Phoenix-area driver is reeling after he says he was assaulted and had a gun pointed at his face during a road rage incident on May 7, and four days later, an arrest has been made.

The victim, Fransisco Garcia, says the incident happened at McDowell Road and Avondale Boulevard around 5 p.m. in Avondale.

He says he was driving when another driver, the suspect, began drifting into his lane. That's when Garcia sped up and got into the lane he assumed the suspect was leaving.

At that moment, Garcia says the suspect got upset and followed him to the left turn lane. They reportedly both got out – Garcia wanting to get the suspect's license plate number from the back of his car, and the suspect mad at Garcia thinking he cut him off.

"He's yelling, he's banging, he's telling me don't be doing that, don't be cutting off, but I don't think that justifies him pointing a gun on me," Garcia said. "I got out of the car, that's when he assaulted me… gun on top of me. I could feel the gun on my back when he scrambled with me."

"A lot of things were going through my mind," Garcia also said. "Am I gonna live? Is this is going to be my last day?"

Garcia wants this man caught, and four days later, he was.

Officer Jaret Redfearn with Avondale Police Department says Bryan Duran was arrested on May 11 and has been booked into jail. He is accused of multiple charges, including aggravated assault and disorderly conduct with a weapon.

According to court documents, police executed a search warrant on Duran's home but did not find a gun. Instead, they found a Ruger .9mm cardboard box, as well as a cardboard box for a gun safe.

Duran refused to speak with police about the incident without having a lawyer present.

Road rage incidents up in Arizona

According to the Governor’s Office, road rage incidents across Arizona have been accelerating since 2018. A record was set in 2021, canad 2022 is on pace to be another violent year.

As for Garcia, one road rage incident is enough.

"What this guy was willing to do it to me in broad daylight, in front of everyone, hhe will do it to someone else," said Garcia. "Getting them off the roads with my main concern. "

Anyone with any further information is asked to call the Avondale Police Department at 623-333-7003. 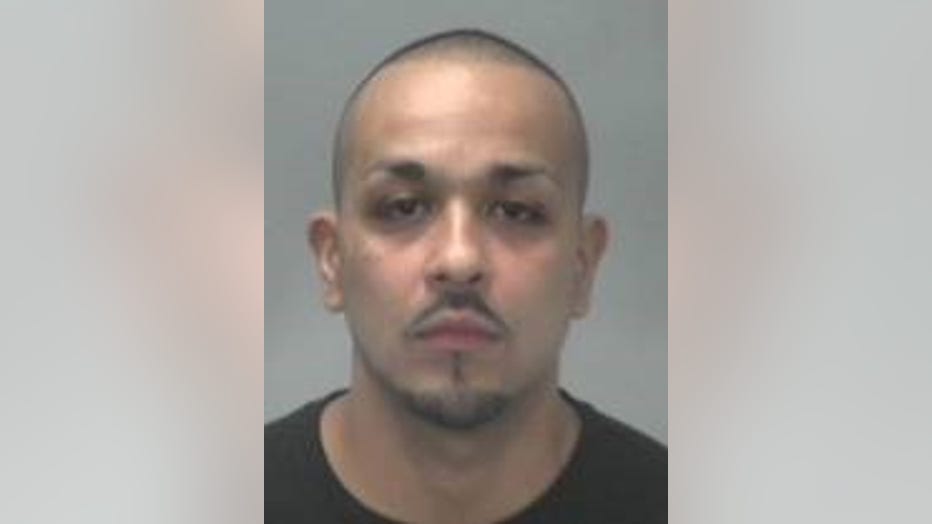 Road rage in Arizona by the numbers

In 2021, a record number of road rage shootings were reported across the country, and in Arizona, the number of incidents has more than doubled in the past four years.

According to figures, 267 incidents were reported in 2018, and in 2021, there were more than 600 reports of road rage. From January to March of 2022, law enforcement officers have reported more than 170 road rage incidents.

"From 2020 to 2021, we saw a 22% increase," said Alberto Gutier with the Governor’s Office of Highway Safety. "During the pandemic in 2020, less people on the road, so less incidents. People are now driving more aggressively, and reckless."

A new report by a gun-control advocacy group found that on average, 44 people a month are shot and killed in road rage shootings across the U.S.

Warning: explicit language is used in this video. The reported incident happened in Avondale on May 7 near McDowell Road and Avondale Boulevard. The Avondale Police Department says the investigation is ongoing and the suspect hasn't been caught.