TUCSON — Arizona Gov. Jan Brewer on Wednesday vetoed a controversial bill that would have bolstered a business owner’s right to refuse service to gays and others on the basis of religion.

The move comes after an intense national outcry by the gay community, its supporters, business owners and Arizona political leaders, who urged the governor to veto SB 1062.

In a televised address from Phoenix, Brewer said the bill was worded too broadly and could result in "unintended and negative consequences" for the state. 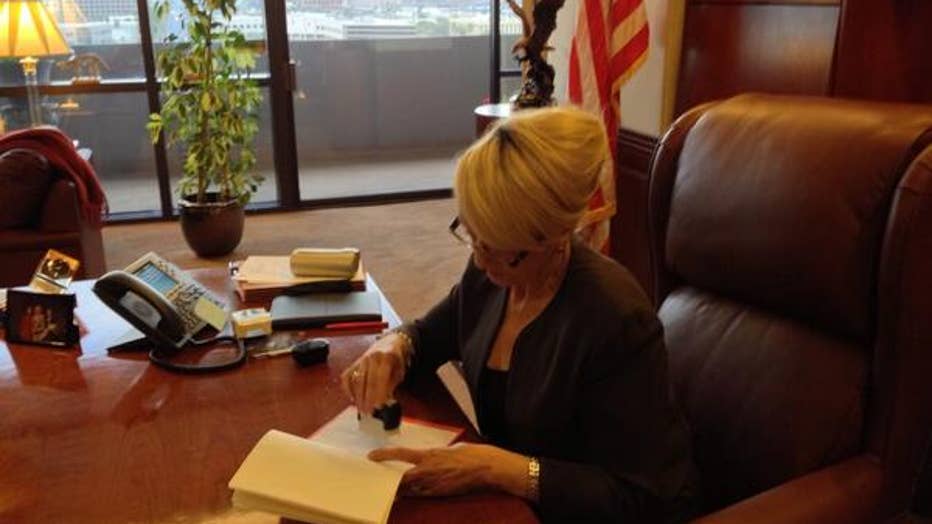 Brewer said SB 1062 did not address a “specific or pressing concern” and that it "has the potential to create more problems than it purports to solve.”

Critics had described the bill as anti-gay, unconstitutional and divisive — and potentially harmful to Arizona’s economy and reputation.

Proponents of SB 1062 say the bill was misrepresented. They stressed that it was not a discriminatory bill and intended to protect religious freedom.

The bill, approved by the Republican-controlled Legislature last week, was met with quick and widespread criticism — prompting three Republicans who voted for the measure to reverse course and join a chorus of people calling for Brewer to veto it.

Some foes of the legislation threatened to boycott Arizona if the bill became law, much as some groups boycotted the state after the passage of a tough anti-illegal immigration law in 2010.

That possibility worried some companies and business organizations, which also urged Brewer to veto it. Among the companies rising in opposition were Apple, Alaska Airlines, American Airlines, Marriott, Delta Air Lines, and the Seattle Mariners. The Arizona Super Bowl Committee also came out against the bill, saying it would “deal a significant blow” to the state's economy. Arizona is scheduled to host the 2015 Super Bowl.

One group — the Hispanic National Bar Association — said Wednesday that it would move its 40th annual convention, scheduled for September 2015 in Phoenix, to some other location because of SB 1062.

Arizona's bill was similar to proposals in other states, including ones that failed in Kansas and Idaho. Another is under consideration in Utah.

The legislation came as support for same-sex marriage is gaining momentum in the courts, and on the heels of two cases in which state courts sided with gay couples in wedding-related lawsuits.

In New Mexico, the state Supreme Court allowed a gay couple to sue a photographer who refused to photograph their commitment ceremony. And in Colorado, a state judge ruled against a baker who had refused to sell a wedding cake to a gay couple.