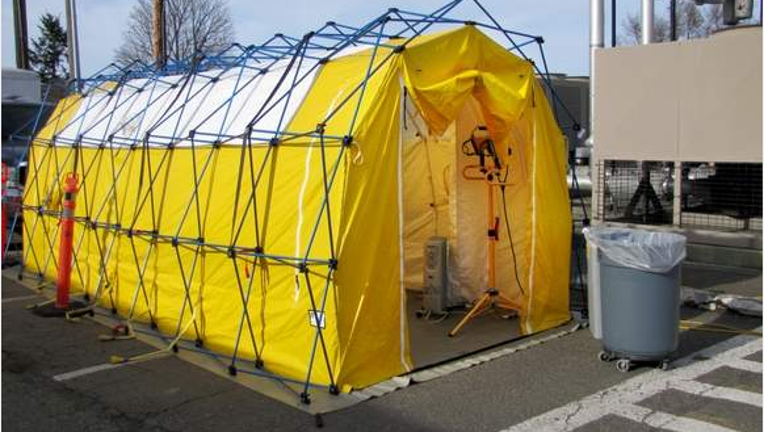 PORT ANGELES  --  Measles cases are still on the rise and doctors warn we could see more in Western Washington. Now, one local hospital is taking an extra step to keep your family safe.

Right now there are more than 140 people across the country with this very contagious disease, including four here in our state.  That's why a Port Angeles hospital set up a new area to isolate infected patients.

“Measles is very infectious and it’s an airborne spread, so if you're in the same airspace with someone with measles and you're not immunized, there’s a 90 percent chance of contracting the measles,” says Dr. Scott Kennedy of Olympic Medical Center.

That's why nurses and doctors are suiting up, from head to toe, before examining any patients with possible measles symptoms. The entire staff has been immunized to handle patients.

“If you have someone in the room and you don't know they have measles, and then you suspect it, you literally have to shut that room down for a couple of hours to let the air exchange and get it out of the environment,” says Kennedy.

Measles symptoms include a high fever of 104 degrees or more, a cough, runny nose, red watery eyes and a rash that breaks out 3 to 5 days after the symptoms begin.

Kennedy says the measles exam tent was set up Monday and, so far, four people are being tested for the virus.  This, after two confirmed measles cases in the area. First, a 52-year-old man who was hospitalized February 1 and has since recovered.  Then, a 5-year-old girl who attends kindergarten at Olympic Christian School.

While the little girl is quarantined at her home, the school says any students who can't prove immunity to measles are not allowed to come back until February 27.