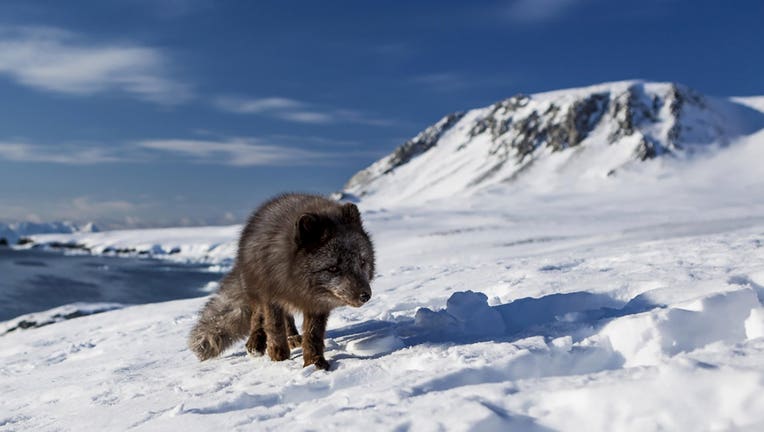 A young female Arctic fox has shocked scientists by traveling over 2,175 miles from Norway to Canada in just 76 days.

The journey took her from Spitsbergen, the largest island of the Svalbard archipelago, which sits between mainland Norway and the North Pole, to Ellesmere Island, Canada, according to research published in the journal Polar Research.

Scientists from Norway's Polar Institute, which fitted the Arctic fox with a satellite transmitter, say it undertook one of the longest dispersal events - a movement from the birth place to a potential breeding location - ever recorded for the species.

Researcher Eva Fuglei said the team couldn't believe what they were seeing as they tracked the fox.

"We didn't think it was true," said Fuglei in a statement.

It covered an average of 28.8 miles per day, and amazingly traveled 96.3 miles in just one day as it crossed the Greenland ice sheet.

This is the fastest rate recorded for this species, 1.4 times faster than the previous known record held by an adult male Arctic fox that was tracked in Alaska. 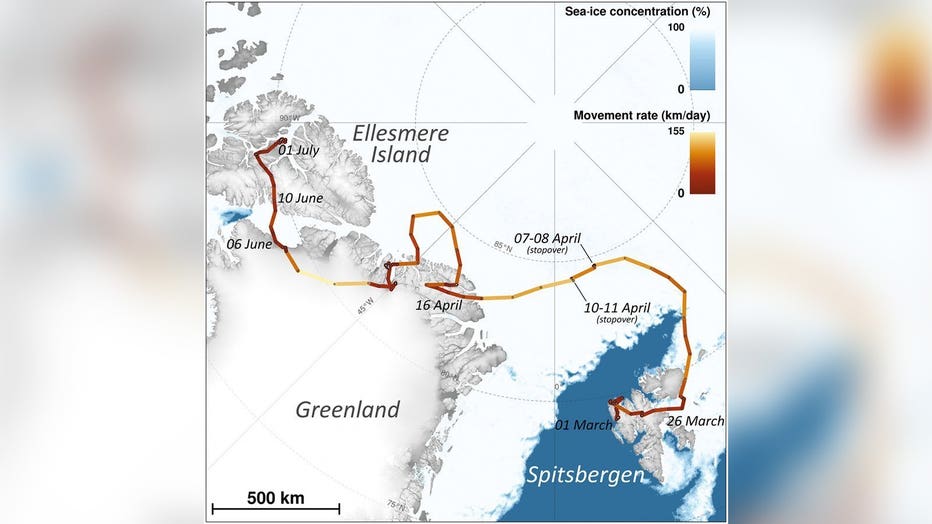 The Arctic fox broke the record for the longest distance covered by the species in one day. (Arnaud Tarroux/Nina/CNN)

Scientists believe the fox may have sped up as it crossed the ice sheet due to limited foraging opportunities.

However it slowed down significantly on two occasions, covering less than 6.2 miles per day for 48 hours.

This may be due to physical barriers on the sea ice, bad weather, or good feeding opportunities.

Experts have previously speculated that the Arctic fox may eat crustaceans from open water.

The fox left Spitsbergen on March 26th, 2018 and arrived in Canada just over two months later.

Its current whereabouts is unknown as the transmitter stopped working on February 6th, 2019.

The Arctic is undergoing important changes as warming temperatures affect the ice. 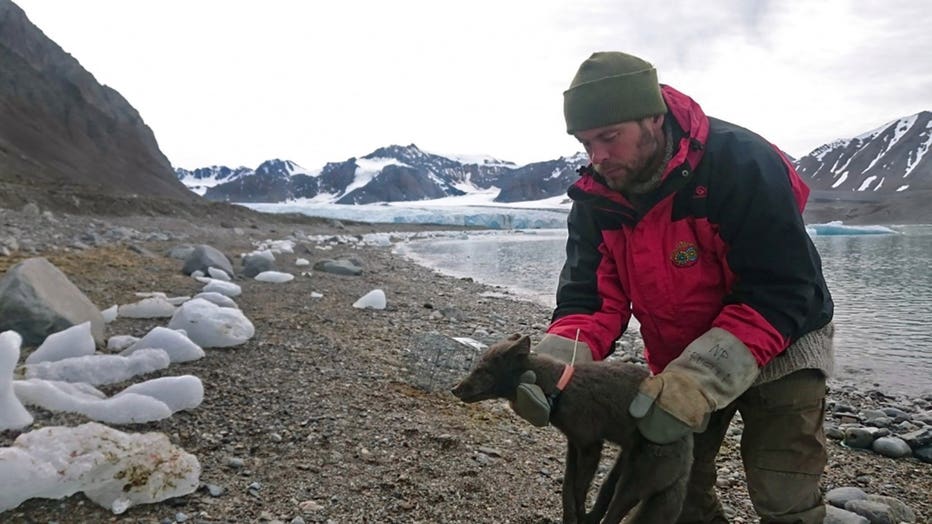 The fox was fitted with a transmitter so researchers could track its movements. (Elise Stromseng/CNN)

It is heating up twice as fast as the global average, causing massive melting of sea ice and opening up the area to exploration.

Russia is set to tow a floating nuclear power plant to the Arctic port town of Pevek next month as part of plans to expand its interests in the region.

These plans have sparked concerns in the US, which also sees economic opportunities as Arctic sea ice melts.