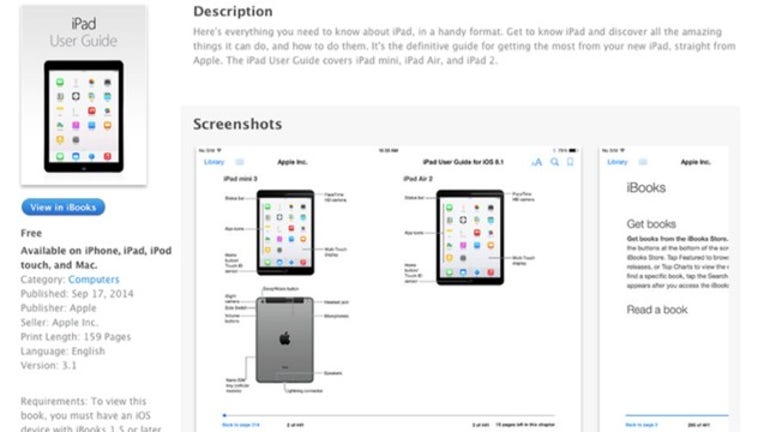 (CNN) -- Apple tries very hard to keep its big announcements secret. The latest culprit responsible for ruining one of the tech company's surprises is -- Apple.

The day before a media event at its Cupertino, California, headquarters, the company accidentally leaked key details about new iPads in iTunes. Screen shots showing images and details for the iPad Air 2 and iPad Mini 3 appeared in iBooks on Wednesday. The images, which were later removed, were for the latest version of Apple's "iPad User Guide" for iOS 8.

Discovered by 9to5Mac, the screen shots show that the new tablets will both gain TouchID fingerprint sensors, which are currently only available on the iPhone. They also seem to verify that the latest update to the company's mobile operating system, iOS 8.1, is coming Thursday.

Additional details were minimal. The physical designs of the new tablets appear to be largely unchanged from existing iPad models, and the iPad Air 2 is getting a burst photography mode.

CEO Tim Cook and crew will still have plenty to talk about at the press conference. Apple is expected to announce new Macs and discuss the latest Apple Pay and OS X Yosemite release dates. CNN will be at the event, live blogging the iPad unveilings and any surprises that Apple might still have in store starting at 10 a.m. Pacific Time.