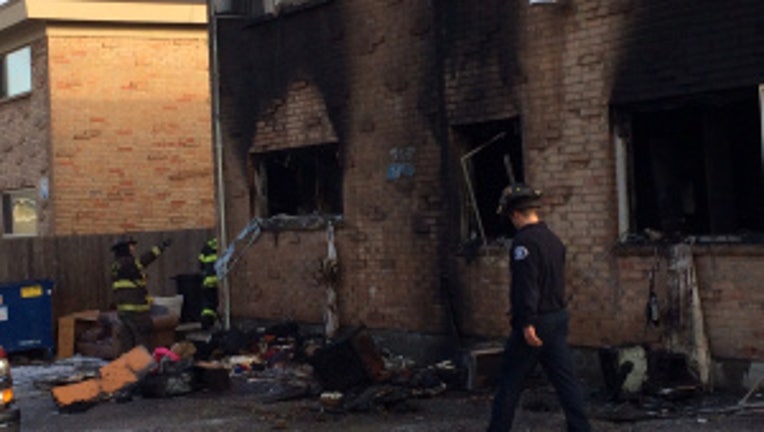 SEATTLE - A smoky, fast-moving fire sent apartment residents scurrying out into the cold morning air on Sunday morning in South Seattle.  Everyone got out safely, but one dog died, Seattle fire department Lieutenant Sue Stangl said.  Fire crews were called to the two-story apartment building in the 3900 block of 15th Avenue South just after 8:30 a.m.  When crews arrived they encountered thick black smoke and flames coming from one apartment unit.

As firefighters fought to bring the fire under control, a Metro bus was brought in to temporarily house the displaced apartment residents, and to keep them out of the cold.  The King-Kitsap Red Cross reported that three households, including5 adults and 3 dogs were displaced, and will be requiring housing assistance.

Stangl said that the cause of the fire was improper use of extention cords.  The damage to the structure and contents was approximately $240,000.  The dog that died was a family pet, Stangl said.