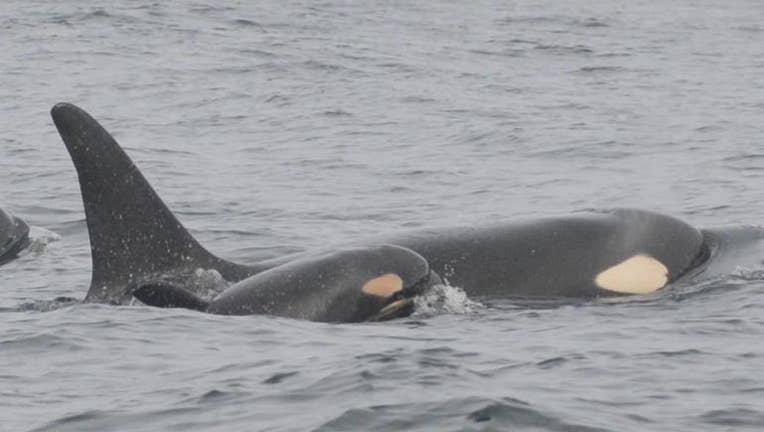 SEATTLE (AP) — U.S. scientists following endangered killer whales from a research vessel have spotted a newborn orca off the coast of Washington state.

A biologist with the National Oceanic and Atmospheric Administration says they spotted the calf on Wednesday with other whales in the "L'' pod, one of three families of southern resident killer whales that frequent inland Washington waters.

Orca designated L94 appears to be the mother, officials said.

It's the third baby born to the whale pods in recent months, bringing the Puget Sound's endangered population to 80, still dangerously low.

NOAA biologist Brad Hanson says in a telephone interview Thursday that the baby looks great and was very active when it was observed about 15 miles west of Westport, Washington. The baby had a "unique" orange-ish color on its white areas, officials said.

Researchers recently tagged two orcas and have been tracking where they go and what they eat during the winter.