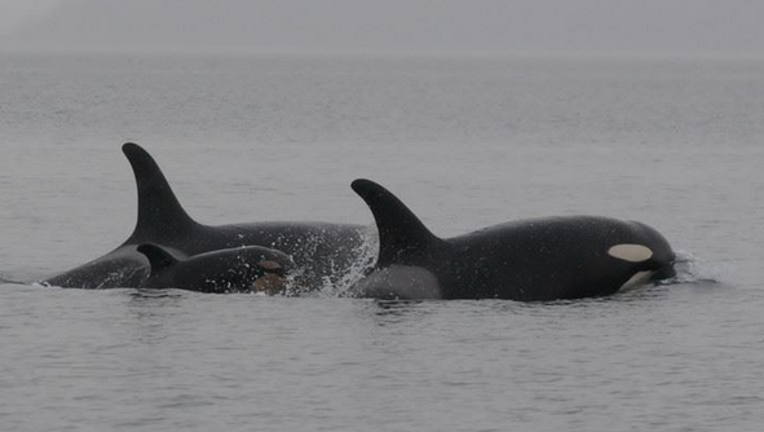 FRIDAY HARBOR, Wash. -- A new baby orca was spotted Thursday, raising the number of endangered killer whales in the Pacific Northwest to 79, the Center for Whale Research announced.

It's the second baby orca to be born in the past two months. In late December, a baby female orca was spotted among the Southern Resident's J-pod.

The newest addition, also in the J-pod, is estimated to be about a week old, the center said. Its gender is not known yet.

The calf's presumed mother, 36-year-old J-19, and her 10-year-old daughter, J-41, were seen swimming protectively (See Photo) on either side of the new baby, which has now been designated J-51.

This brings us to 26 whales in J-pod, the most viable pod in the endangered Southern Resident killer whale population of the U.S. and Canada Pacific Northwest. K-pod has 19 individuals, and L-pod has 34 individuals for a total population of 79 as of Thursday.

"That number can change anytime with the birth or death of one of these charismatic whales," the center said.