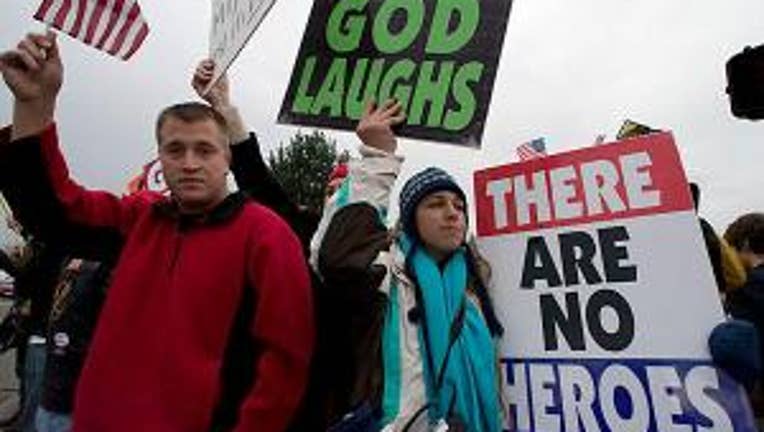 -- Hacktivist group Anonymous published what it claims to be personal information of members of the Westboro Baptist Church after the group announced on Saturday it would picket Sandy Hook Elementary School in Newtown, Connecticut, where 26 children and adults were killed.

Anonymous published private e-mail addresses, phone numbers and home addresses of various members, and teased the group about the hack on Twitter. Anonymous also posted a video condemning the group for "breeding hatred" and adding, "We will destroy you. We are coming."

The Westboro group holds protests at military funerals, and targets various cultures and demographics, particularly gay people. The group blames them for tragedies such as shootings, saying it's God's punishment for their actions.