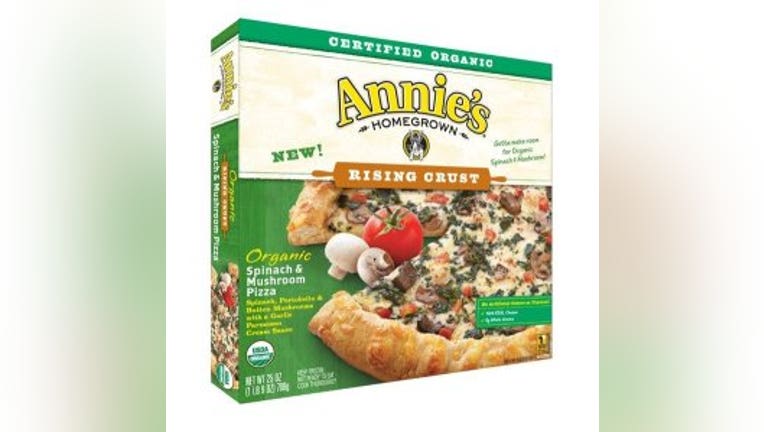 Annie's frozen Organic Spinach Mushroom Pizza is one of the products being recalled because of a metal fragments scare. (Annie's Inc. / January 23, 2013)

BERKELEY, Calif. -- But are those metal filings organic?

Annie's Inc., which specializes in natural and organic foods, is recalling all varieties of its Rising Crust frozen pizza because pieces of metal wire might be in the products.

The Berkeley-based company says that a fine metal mesh screen failed at one of it flour suppliers, resulting in "flexible metal mesh" fragments in the flour and pizza dough.

Annie's said no metal has been found in its finished products, so far, but it initiated a voluntary recall, after learning of the screen fail.

The company also said that it has not gotten any consumer complaints about metal fragments in its frozen pizzas.

Here are the varieties being recalled:

Customers who purchased the pizzas can return them to places of purchases for refunds, Annie's said in a statement. The company also established a Pizza Recall Hotline at (888) 825-6720 for consumer questions.