SEATTLE -- A childhood friend of Anne Frank says the contents of two mysterious pages of her diary, hidden by Frank herself, should never have been revealed.

Laureen Nussbaum, a holocaust survivor, was born in Germany in 1927 and fled to Amsterdam with her family where she became friends Anne and her sister Margot Frank.

Nussbaum came to the US after World War II ended and was a linguist and writer at Portland State University.

She has lived for the past six years in Seattle, where she continues to study, write and speak about her friendship with the Franks and her own experience before, during and after the holocaust.

Nussbaum was asked by Q13 News about two pages of Anne Frank’s diary that had been covered by its author using brown paper and paste. Researchers revealed last week the pages contained several dirty jokes as well as writings about sex education and prostitution.

“I didn’t really care,” said Nussbaum. “Because I think it should not have been made public.”

Nussbaum says she had no idea what her friend had written, but she doesn’t believe anyone should know today.

“Because I think an author has a right to keep things away,” said Nussbaum. “Just think, now we write on a computer, and if we don’t like it, we throw it away and nobody gets to see it.” 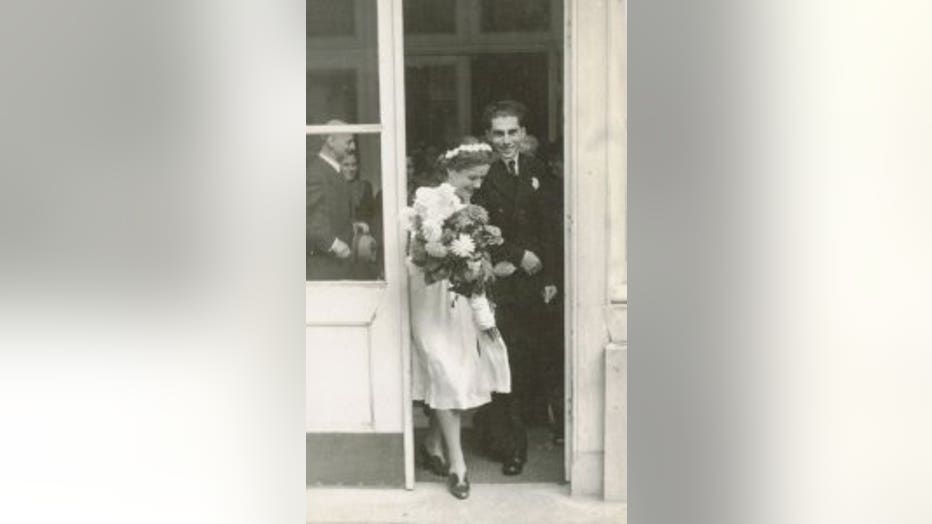 The only member of the Frank family to survive the holocaust was Anne’s father Otto. Nussbaum was close to Otto after the war and he was even the best man at her wedding.

Otto Frank was famously protective of his daughter’s work and her memory. He died in 1980, but Nussbaum carries on Otto’s protectiveness.

Nussbaum believes we should have respected Anne’s intent when she covered up what she had written.

“I think it’s the right of the author to get to decide.”