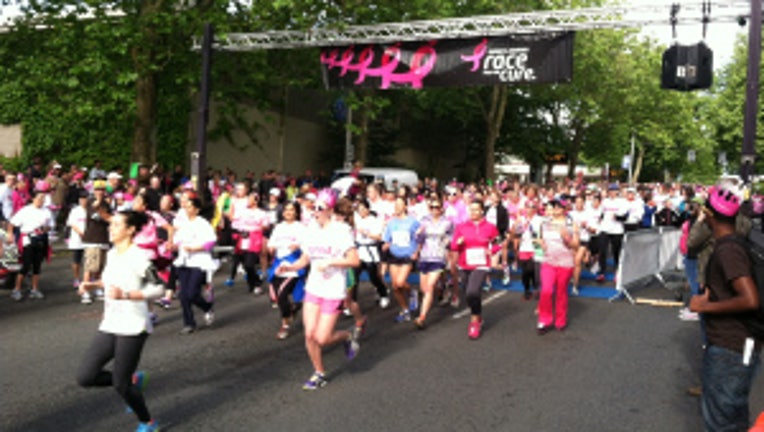 The Race For The Cure included a kids race, a womens 5K race, a co-ed 5K run, a survivor's parade and awards.  Race organizers expect to raise $1.2 million dollars, a spokesman for the race said.  The first Komen Puget Sound Race For The Cure was held in 1994.