The most "hipster city" in America is right here in Washington. In fact, three of the top 10 are here. And none of them are Seattle.

Vancouver, Wa. takes the top spot according to MoveHub, a London-based moving information company. The study takes hipster fashion, diet and vanity into account and checks those against the country’s 150 most populous cities.

The company calls Vancouver “by far the most hipster city in the U.S.” ranking in the top five for the data points, including microbrewery density, tattoo parlor density, and rent demand. The other two data points were the number of vegan and vegetarian restaurants and thrift stores.

Seattle was only ranked on one of those, coming in fourth for microbreweries after Denver, Vancouver, and Portland.

The other two Washington cities in the top 10 are Tacoma and Spokane which came in at six and seven.

Bigger cities seemed to do worse in the study. New York City sits at 143rd, Los Angeles at 133rd and even San Francisco is only 61st on the list. 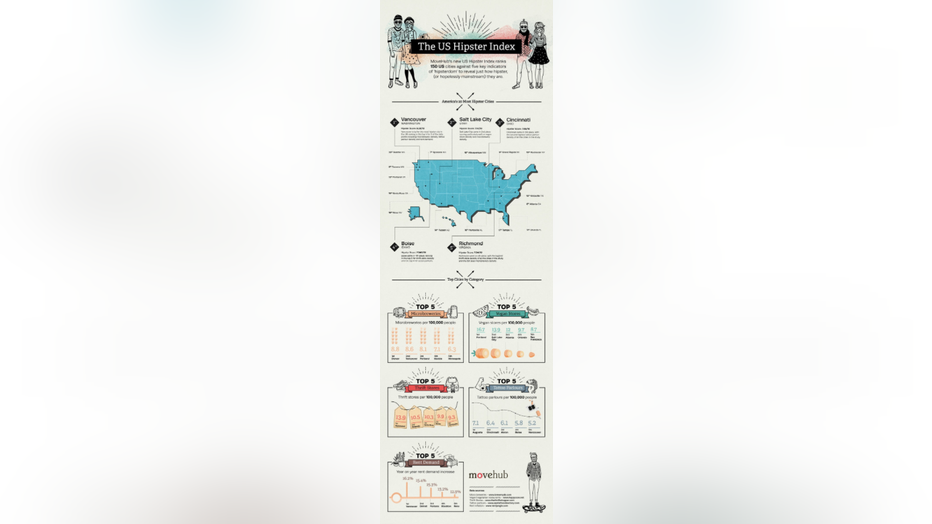