KENT, Wash. -- Retired from the U.S. Marine Corps but proudly wearing his uniform, Tennis De Jong knew Memorial Day this year would feel different. He also knew he had an obligation.

So he went to Home Depot this morning, ready to buy more than $300 worth of American flags to place next to the gravestones of fallen U.S. service members. A Home Depot manager learned about his good deed and donated 600 flags to De Jong, who stood in the rain at Tahoma National Cemetery in Kent and handed out every single flag.


“Because these people deserve it -- plain and simple," De Jong said. 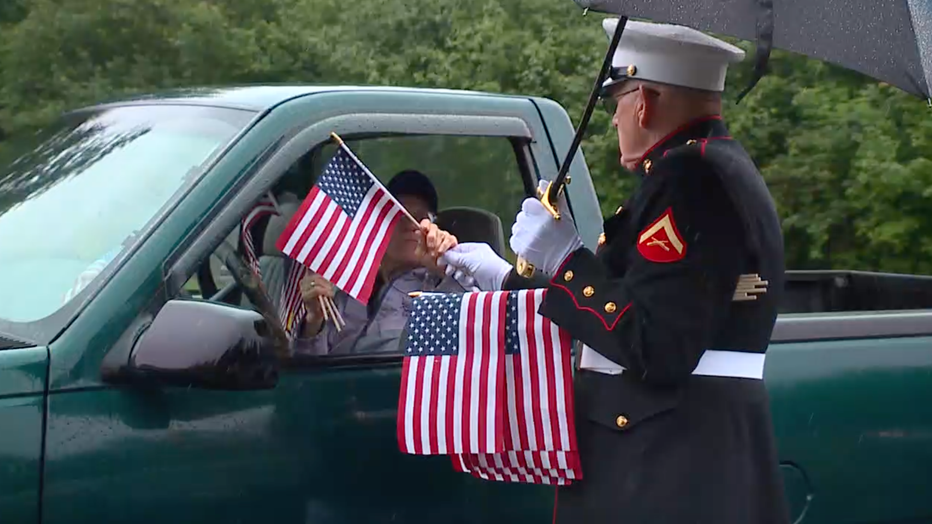 There is no doubt, this Memorial Day is unlike any other in our lifetime.

Throughout the Pacific Northwest, public ceremonies were canceled due to the pandemic. In many ways, as we’ve all been confined, people have renewed appreciation for our freedoms. Today, they found important ways to honor those who died fighting for them.

Instead of the public memorial day remembrance at the cemetery, which typically draws a thousand people, today the National Guard held a small, private ceremony with a rifle salute and moment of silence and planned to post it to Facebook.


De Jong said, “I think it’s important to remember these people. There are 41,000 veterans buried here (at Tahoma National Cemetery). There are people here as young as 18 years old who gave up their lives so I can stand here and give out these flags. That’s why I’m here, that’s the best way to put it.”

He handed a few of those flags to the McNaughton family, represented by three generations including young children. They are here on this Memorial Day, because they made a promise to someone extra special.

“My mother. My mother who passed away last year," said Alvera McNaughton with her two young grandchildren by her side. "And she was 98 and every year since her husband passed away years ago, we would come here and remember friends and family.”

Yes, this is a place where the next generation learns the stories about those who gave so much of themselves for the greater good.

“We’re honoring my dad, Charles H. Price," said Charles Price.  "He passed away about a year ago and we loved him very much.”

Price is one of those willing to share about his father, who he describes as a proud American, in part, because of all he went through.

“He was a POW in Korea. Sacrificed his liberty for 19 months for other people’s liberty,” Price said about his father. “He did and gave so much and we miss him. ” 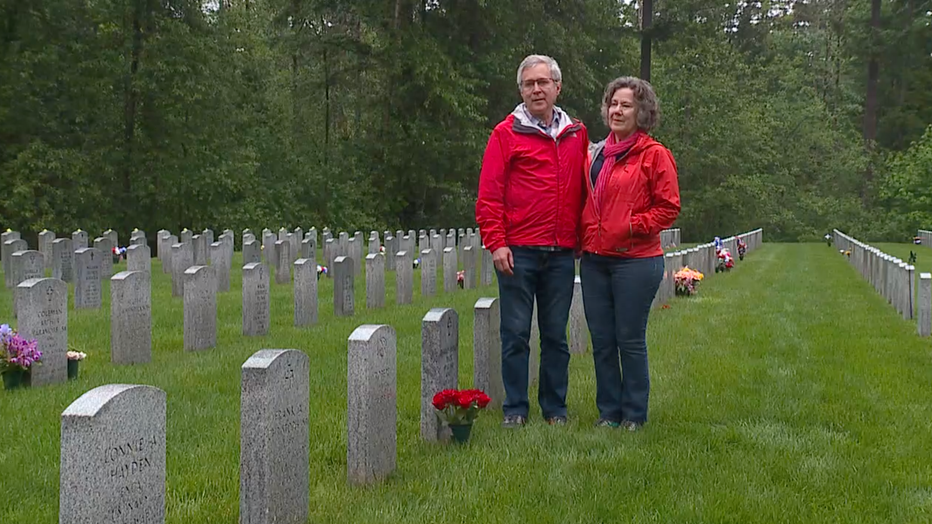 Charles Price and his wife talk about Charles H. Price, a POW in Korea who passed away last year. 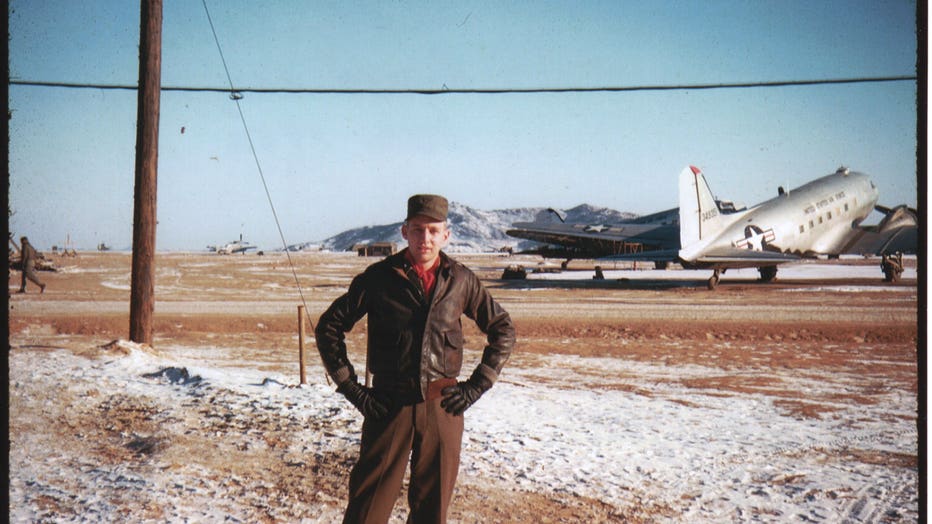 Photo of Charles H. Price who was shot down and taken prisoner during the Korean War.

While the virus may have altered this Memorial Day, nothing can infect the meaning behind it.


Yes, we’ve been pushed apart, but are still connecting  in honor of those who sacrificed -- so we all could live the American dream.