Amtrak Cascade service to Canada stopped in March, 2020 due to the pandemic - service likely won't begin until late 2022 due to staffing shortages.

SEATTLE - The U.S-Canadian border is open to travelers, but if you’re looking for train service between Seattle and Vancouver you’re stuck waiting.

This week, WSDOT shared the news that Amtrak isn’t expecting Amtrak Cascades train service to Canada to resume until late 2022. Amtrak cited staffing shortages to WSDOT and ODOT as the reason behind re-starting services.

"WSDOT and ODOT expressed extreme dissatisfaction with this plan and urged Amtrak to at least begin offering service a few days a week on an interim basis," a statement from WSDOT read.

Mike Britch, who lives in Vancouver, took a bus down to Seattle and hopped on a train to visit his friends in Portland. He said given the option, he’d take the bus.

"Probably on the next trip," he said with a chuckle. "Well, if it’s back of course." 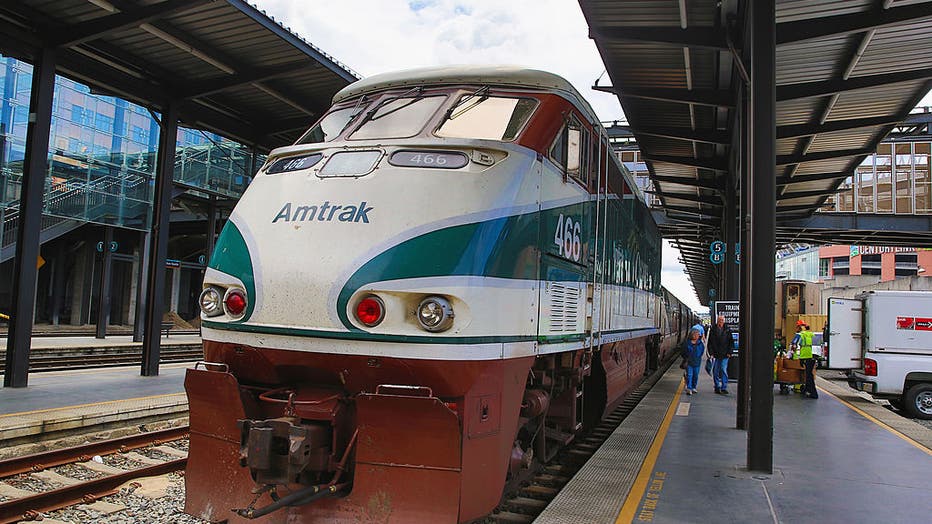 Britch was riding a bus that was sold-out for its return trip to Vancouver – most taking the bus admitted, they didn’t mind the bus.

However, the amount of people traveling by bus pales in comparison to the numbers that traditionally travel between Seattle and Vancouver, B.C.

According to the Amtrak Cascades 2020 performance report, trips between Seattle and Vancouver, B.C. accounted for 10% of its revenue that year. That’s despite the route being stopped in mid-March due to the first widespread COVID-19 outbreak. No passenger trains have entered Canada since the move was made.

As for the future of the international rail travel, WSDOT noted that any new hires would require training before they begin their jobs.

In the meantime, four daily buses will connect Seattle and Vancouver, B.C. on Amtrak’s schedule. One additional bus connects Seattle to a handful of cities to the north.