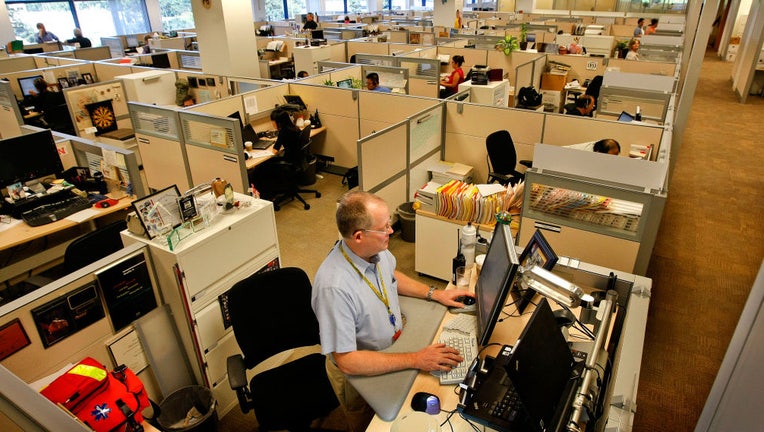 Finding a job can be difficult but getting a coveted salary to start a position with a company is also challenging.

The Federal Reserve Bank of New York released a survey Dec. 19 polling people to determine an adequate salary they would require to leave for a new job. New York Fed's Survey of Consumer Expectations (SCE) is an ongoing survey that polls 1,000 people to ask them about their current job and job search efforts and outcomes, according to the agency's website.

Respondents in the survey consist of people who are employed, unemployed, and out of the  workforce. The survey also collected data based on demographic information, including age, gender, and educational background.

Based on the results, the minimum salary most Americans would be willing to start a new job is $73,700 annually, according to the Federal Reserve Bank of New York survey.

But salary requirements differed among men and women, the survey revealed. The average salary required by men is $85,698 compared to women, who had lower salary demands of $61,645.

According to the survey, college graduates would require a $92,096 salary to transition to a new role, while individuals without a college degree want $59,843.

The survey also reflects salary demands for people in specific age demographics. Individuals 45 years old or younger would leave a job if the salary is $79,389 compared to people 45 and older, who would want $68,779 annually.

Despite record high inflation this year, The job market has stayed resilient throughout, putting upward pressure on wages and prices. Employers have added 392,000 jobs a month so far this year, and the unemployment rate is at 3.7%, just off a half-century low, according to the Associated Press.

RELATED: US inflation slips from 40-year peak but remains high at 8.5%

In its updated forecasts, the Fed’s policymakers predicted slower growth and higher unemployment for next year and 2024. The unemployment rate is projected to jump to 4.6% by the end of 2023. That would mark a significant increase in joblessness and typically would reflect a recession, which many economists have predicted, the AP noted.