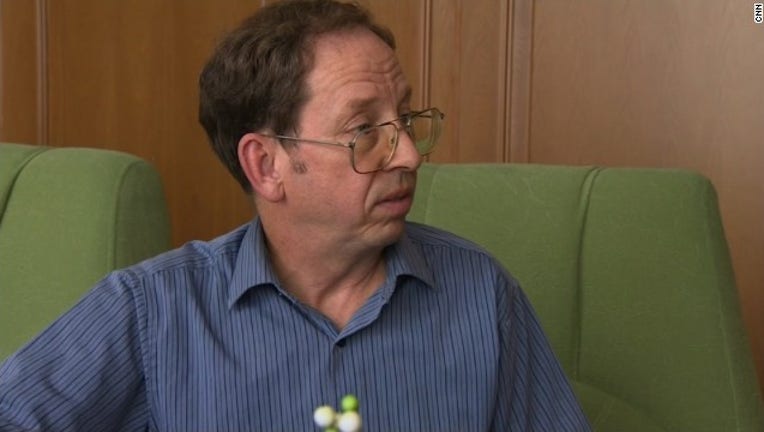 Jeffrey Edward Fowle, one of three Americans detained in North Korea, spoke to CNN's Will Ripley last month. From CNN.

WASHINGTON -- Jeffrey Fowle, an American arrested in North Korea in May for leaving a bible at his hotel, has been released and is on his way home, a senior State Department official told CNN on Tuesday.

An American government plane picked up Fowle on Tuesday before flying to Guam, the official said.

Fowle was arrested at the airport earlier this year while trying to leave North Korea.

Last month, Fowle gave an interview to CNN pleading for U.S. help and speaking about conditions of his detention.

He spoke to CNN with Kenneth Bae and Matthew Todd Miller, two Americans also being held in North Korea.

Bae, from Lynnwood, remains in prison. His health has been failing and many worry his condition will continue to worsen while he's in prison.

In the interview, Fowle said he has "no complaints" about his treatment.

"It's been very good so far, and I hope and pray that it continues, while I'm here two more days or two more decades," he said.

North Korean officials monitored and recorded the interviews and CNN was unable to assess independently the conditions under which the men were being held.

North Korea announced Fowle's detention in June, saying he had violated the law by acting "contrary to the purpose of tourism."

Although North Korea contains a number of state-controlled churches, the totalitarian regime forbids independent religious activities, viewing them as potential threats to its authority

"The charges are violations of DPRK law, which stems from me trying to leave a Bible," the 56-year-old told CNN's Ripley in the interview. He said he had a "desperate situation," and voiced concern about his wife and three young children back home.

"It's a covert act and a violation of tourists' rules. I've admitted my guilt to the government and signed a statement to that effect and requested forgiveness from the people and the government of the DPRK," Fowle said.

Fowle said at the time he expected his trial to start within a month.

Kenneth Bae, a Korean-American missionary, was sentenced to 15 years hard labor in 2013 by a court that said he had carried out acts aimed at bringing down the regime of leader. He told CNN he was working eight hours a day, six days a week at a labor camp, but was being treated "as humanely as possible."

Miller was accused of tearing up his tourist visa and seeking asylum upon entry. He told CNN his situation was "very urgent" and would soon be sent to trial and "directly be sent to prison."

All three implored the U.S. government to send an envoy to North Korea to help get them out of their situations, similar to how former President Bill Clinton helped secure the release of two journalists in 2009.

However it did not appear such an envoy was sent to negotiate Fowle's release.

The senior State Department official said the U.S. was still working to secure the release of Bae and Miller.