A one-of-a-kind cannon was stolen from the Yelm American Legion hall, it was meant to memorialize veterans.

YELM, Wash. - It’s hand-forged and weighs 250 pounds, but neither the size nor weight of the recently stolen cannon that once sat in front of American Legion Post 164 is what makes it special.

"It was the purpose," said Lucas Bruner, who works for the American Legion. "It provided our artillery veterans a little bit of support for them, for what they’ve done during their service. That’s the part we’re really grieving about."

The cannon – which was only unveiled a few weeks ago – was a gift from the folks at Norse West Viking Festival. The cannon was made with proceeds from an event in 2020, and had been placed prominently near the front of the American Legion in Yelm as a memorial to veterans. 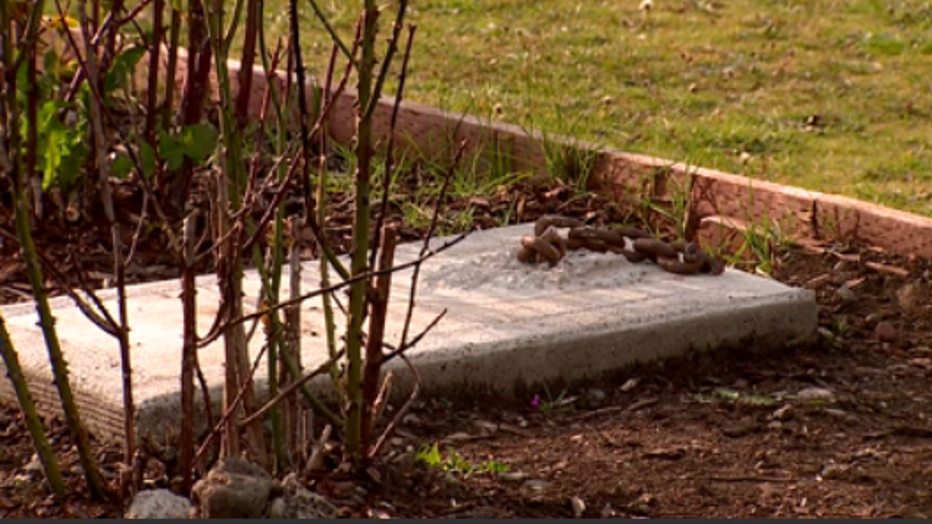 All that remains of American Legion Post #164's memorial is a pedestal and the chain that was once attached to the one-of-a-kind cannon.

Bruner said they’ve lost a number of veterans over the past few months, that cannon honored them.

He’s not sure why someone targeted them, but said they recently put on an Easter with several hundred people attending for a helicopter Easter egg drop. Bruner said it’s possible the event drew attention to their newly unveiled cannon, but that members are intentionally connecting to the community – that the latest blow can’t stop their work connecting with families and kids.

"We want to be a family," explained Bruner. "Sometimes you have to open your heart – this time we got burned, but we’ll grow from it."

A police report was filed with the Yelm Police Department, but there’s some hope that the thief – or thieves – will return the cannon.

"Bring it back. We don’t judge. We’ll sit down and make a burger, maybe have a drink with you. At the end of the day we just want you to bring it back, do the right thing."