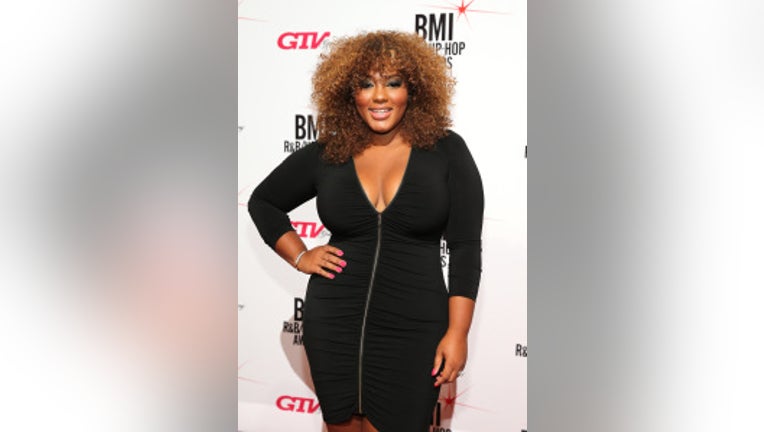 (CNN) -- Singer and model Joanne Borgella, an "American Idol" contestant in 2008, died on Saturday at age 32 after a battle with cancer, her family said on her Facebook page.

"With heavy hearts, we are deeply saddened to announce the passing of our beloved Joanne," the family wrote. "Although our family is suffering with this great loss, we find comfort in the closeness Joanne shared with the Lord. We know her spirit still shines and will continue to live on in heaven."

The New York-born Haitian-American entertainer made it to the top 24 of "American Idol's" seventh season, three years after appearing on "Mo'Nique's Fat Chance," a contest for plus-size models. She went on to model professionally for brands such as Ashley Stewart, Macy's and Nordstrom, and created her own jewelry and plus-size clothing line. She also appeared on "Curvy Girls," which airs on English-language Latino network NUVOtv.

"All of us at NUVOtv are deeply saddened at the news of Joanne Borgella's passing. We are thankful to have known such a courageous woman with a beautiful voice who brought passion, faith and heart to everything she did. Our thoughts and prayers are with her family at this very difficult time," NUVOtv spokeswoman Diane Castro said.

Borgella went public with her throat cancer diagnosis last year in a YouTube video, telling fans that it had spread to her chest. Since then she has documented her treatment on Facebook. In her last post, on September 23, she said she was heading back to radiation.

After news of her passing spread, fans flooded her page with tributes, calling her a role model and inspiration for plus-size women and aspiring performers.

As one fan said, "Thank you for showing the world plus size is beautiful."