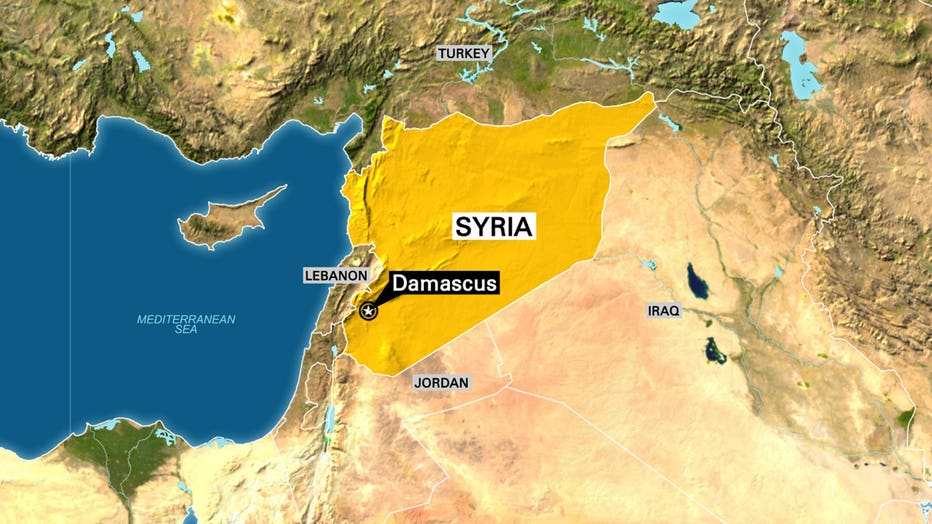 (CNN) -- An American journalist held in Syria by Islamist rebels for close to two years was released Sunday.

Peter Theo Curtis, 45, is believed to have been captured in October 2012 and held by the al-Nusra Front, a Syrian rebel group with ties to al Qaeda.

"My heart is full at the extraordinary, dedicated, incredible people, too many to name individually, who have become my friends and have tirelessly helped us over these many months," said Curtis' mother, Nancy Curtis. "Please know that we will be eternally grateful."

The United Nations said Curtis was handed over to U.N. peacekeepers in the Golan Heights, which is under Israeli government control, and was given a medical checkup.

White House national security adviser Susan Rice said Curtis was safe, no longer in Syria and expected to be reunited with his family shortly.

He was on his way to Tel Aviv, according to a senior administration official.

Nancy Curtis spoke to her son briefly by phone Sunday.

"He sounded so happy and excited to be free," she said. He told her "I can't believe they let me out."

The United States was not involved in negotiations for his release but was aware of private efforts to secure the release, two U.S. law enforcement officials said. It's not known whether any ransom was paid, the officials said.

"Particularly after a week marked by unspeakable tragedy, we are all relieved and grateful knowing that Theo Curtis is coming home after so much time held in the clutches of (al-Nusra Front)," U.S. Secretary of State John Kerry said in a statement.

When asked about the death of James Foley, an American journalist killed by the Islamic State in Iraq and Syria last week, Nancy Curtis began to weep. "I feel so bad for their family. Diane (Foley's mother) has become a good friend of mine, and I'm just so heartbroken for their loss."

CNN obtained two videos that appear to have been recorded during the late stages of Curtis' captivity. In one, a gun is pointed at his head, and Curtis speaks rapidly, as if under duress.

He gives his name and the date and says he is a journalist from Boston.

Curtis is an author and freelance reporter who writes under the name Theo Padnos. He contributed articles about the Middle East to various publications, including the New Republic, The Huffington Post and the London Review of Books.

He has also published two books: "My Life Had Stood a Loaded Gun," a memoir about teaching literature to young offenders at a correctional facility in Vermont, and "Undercover Muslim: A Journey into Yemen," which investigates Islamic extremism.

He was born in Atlanta and graduated from Middlebury College in Vermont. Curtis holds a doctorate in comparative literature from the University of Massachusetts and is fluent in French and Arabic, according to a statement from his family. He also speaks German and Russian.

"My heart is full at the extraordinary, dedicated, incredible people, too many to name individually, who have become my friends and have tirelessly helped us over these many months," his mother said.

She added, "Theo has a deep concern and regard for the people of Syria, which is why he returned during the war. He wanted to help others and to give meaning and to bear witness to their struggles.

"I am very fortunate that I do not have to tell his whole story. He eventually will be able to do so himself."

President Barack Obama has been briefed on Curtis' release and "shares in the joy and relief that we all feel now that Theo is out of Syria and safe," said White House spokesman Eric Schultz.

"But we continue to hold in our thoughts and prayers the Americans who remain in captivity in Syria -- and we will continue to use all of the tools at our disposal to see that the remaining American hostages are freed."

In August, CNN spoke to Curtis' former cellmate in Syria, Matthew Schrier. They were locked up together in six prisons before Schrier broke free by climbing through a window.

Curtis wasn't as lucky. He got stuck. Schrier said he tried to get Curtis out, but he simply didn't fit, and so Schrier left, promising to get help.

"It was one of the hardest things I ever had to do," Schrier said.