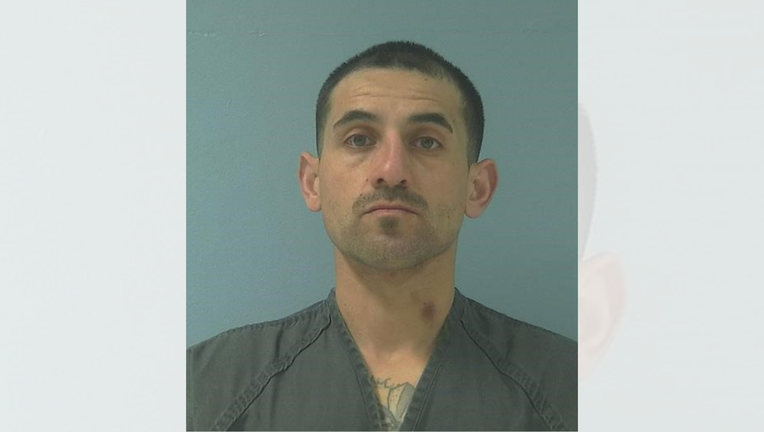 An AMBER Alert that was issued for a baby out of Yakima early Wednesday morning has been canceled. (Credit: Washington State Patrol)

YAKIMA, Wash. - An AMBER Alert that was issued for a baby out of Yakima early Wednesday morning has been canceled.

Officials did not say where the baby was located but said the victims were safely located at a home.

The Washington State Patrol said after 9 p.m. Tuesday, Yakima police dispatchers received a 911 call from Yesenia Mesta, who was reporting about a domestic incident involving the father of her child.

Mesta reported that she and her 3-month-old child were in a car with 30-year-old Rene Baeza, police said.

Officials said there was a valid and served DV no contact order between Mesta and Baeza.  Police also said Baeza has an outstanding warrant for his arrest.

Officers in Yakima located their car and tried to stop it but Baeza drove away and officers chased him.

The Washington State Patrol said Mesta had an open line with dispatch, which they could hear Mesta telling Baeza that "they were all going to die and she needed to tell the police to stop chasing him."

Officers disengaged in the pursuit and they were last seen driving eastbound on Interstate 82 out of Yakima.

Police described the car as a 2002 Honda Civic with a primer gray driver’s side quarter panel, with Washington license plate CAL0420.

Baeza is described as a white man, 5 feet 9 inches tall, 160 pounds, with black hair and brown eyes and has tattoos on both arms.

Mesta is described as a white woman, 5 feet and 1 inch tall, 155 pounds with black hair and hazel eyes. She has tattoos on her neck and face.