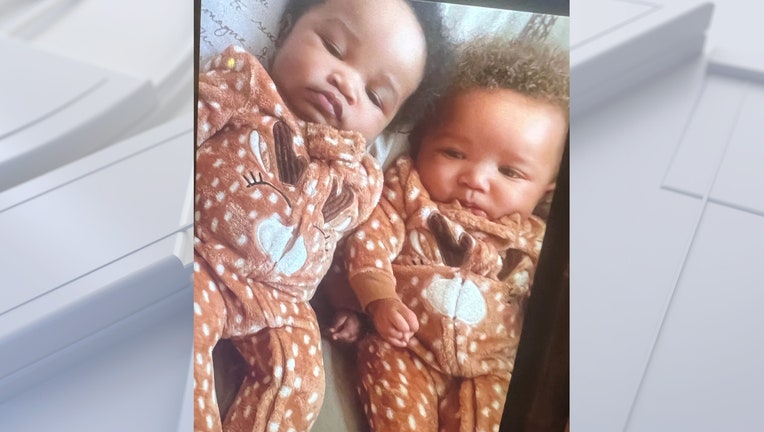 COLUMBUS, Ohio - Columbus police are making a passionate plea for the return of a 5-month-old infant after he and his twin brother were kidnapped during a car theft.

Authorities are looking for the suspect, Nalah Jackson, and 5-month-old Kason Thomass, along with a four-door black 2010 Honda Accord.

Columbus Police Chief Elaine Bryant said a call came in Monday night about a stolen car with the twins, Kason and Kyair, inside. Bryant said the mother had run inside the Donatos Pizza restaurant to retrieve a food order, leaving her car unattended.

Bryant said Jackson was inside the restaurant and left when the mother walked in. They believe she then stole the Accord with the twins inside. It's unclear if she knew the children were inside the vehicle.

Dozens of police officers from neighboring jurisdictions joined the search for the children, the car and Jackson.

Hours later, police said Kyair was found at the airport in Dayton – a full 70 miles away. According to WSYX, a passenger found him crying in his car seat in the parking lot.

Bryant said they have surveillance video depicting the suspect but will not release it to the public now.

She also said there was a "lapse of communication" at the executive level but did not elaborate.

This is a developing story. Check back for updates. This story was reported from Los Angeles.