A year after vowing to send a team into the ocean to recover F-1 engines from the Apollo 11 mission, Bezos announced Wednesday that the mission had been accomplished.

Calling it an "incredible adventure," the billionaire said the team had just finished three weeks at sea, working nearly three miles below the surface of the Atlantic Ocean. 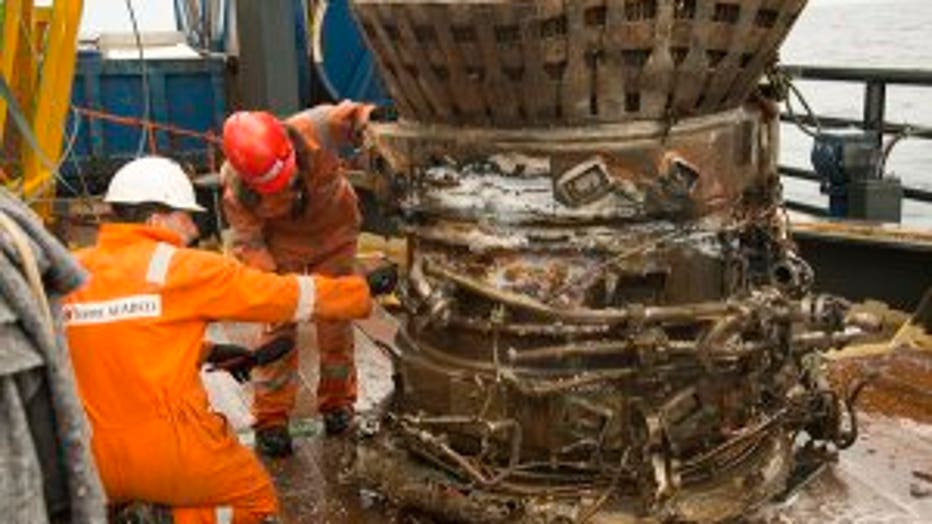 "We’ve seen an underwater wonderland -- an incredible sculpture garden of twisted F-1 engines that tells the story of a fiery and violent end, one that serves testament to the Apollo program," Bezos said in a post on his Bezos Expeditions blog. "We photographed many beautiful objects in situ and have now recovered many prime pieces. Each piece we bring on deck conjures for me the thousands of engineers who worked together back then to do what for all time had been thought surely impossible."

Bezos said remotely operated vehicles worked at a depth of more than 14,000 feet, tethered to a ship with fiber optics for data and electric cables transmitting power at more than 4,000 volts.