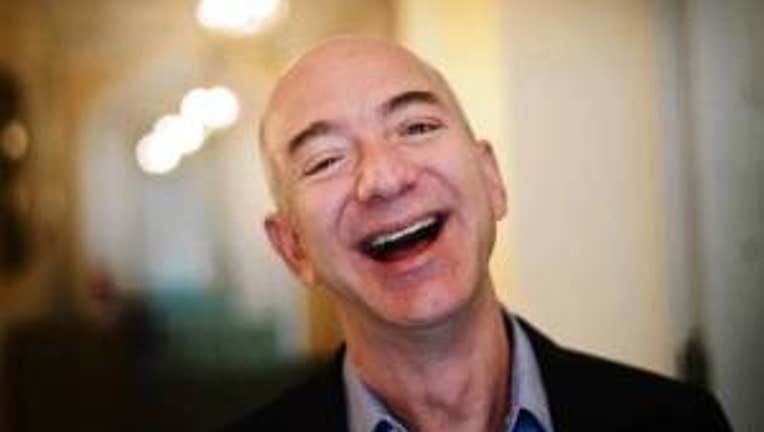 (CNN) -- Amazon.com founder Jeff Bezos was flown off the Galapagos Islands on an Ecuadorian navy helicopter, authorities there said, an evacuation that happened after the entrepreneur was struck by kidney stones.

A Galapagos-based navy unit said in a press release that Bezos developed renal colic while he was on a tourist cruise near Santa Cruz Island. Daniel Ginez Villacis, a regional coast guard official, ordered that a helicopter fly him from there to Baltra Island.

Lt. Pablo Abarca, a spokesman with the Ecuadorian navy, told CNN that Bezos was transported on a Bell 430 helicopter on New Year's Day. The force has an operative unit on the Galapagos Islands, according to Abarca.

According to the official press release, Bezos, 49, was then to fly to the United States.

While the Ecuador navy said the businessman was being flown back home for surgery, that didn't turn out to be the case.

Amazon spokesman Drew Herdener said Saturday about Bezos: "He got a good outcome. No surgery was required, and he's feeling well."

According to a National Institutes of Health website, kidney stones can pass naturally -- with those suffering with them encouraged to consume lots of fluids and sometimes taking pain medication to help move the obstructions along.

Bezos is one of the world's most renowned and wealthy businessmen: In 2012, Fortune magazine named the Amazon CEO its Businessperson of the Year, citing its Amazon Web services, Kindle creation in addition to its wildly successfully core business as an online retailer.