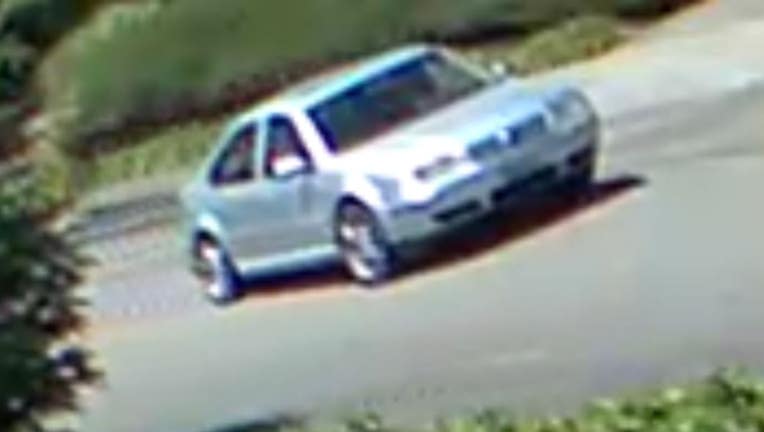 The van was later found torched down a trail at 3425 South Tacoma Way.

According to court documents, Wilms told detectives he has a serious methamphetamine addiction and admitted that he jumped in the van and drove off.

He claimed he left the van near a homeless camp and denied setting it on fire.

Detectives say a second suspect was also involved but has not yet been charged in the case.

The Puget Sound Auto Theft Task Force is asking for the public’s help to identify two suspects who stole an Amazon van Wednesday in Tacoma, all of the packages inside and then set the van on fire.

The incident happened in the 7000 block of N 13th St in Tacoma. Officials say a 2000 to 2005 silver Volkswagen (VW) Jetta with aftermarket chrome rims approaches the Amazon driver who goes to deliver a package at a home.

The suspect is described as a white male with brown hair and wearing a dark outfit. In surveillance footage, the Amazon driver can be seen running, trying to stop the suspects as the VW leaves and then you see the Amazon van start to back up. It took off as well and was recovered later after someone called 911 to report a vehicle on fire in the 2400 block of South Tacoma Way. The van was a total loss and no packages were recovered. The driver left the keys in the van but it was not running when it was stolen.

Video 1 or 2 shows Amazon van being stolen in Tacoma.

Video 2 of 2 shows a suspect stealing an Amazon van in Tacoma.

Detectives say the suspects face charges for arson, theft of a motor vehicle, vehicular assault and felony theft. Crime Stoppers of Tacoma-Pierce County is offering a cash reward of up to $1,000 for information that leads to an arrest.

If you can identify the suspects or tell detectives where to find the silver Jetta, text a tip through the P3 Tips App on your cell phone or call 1-800-222-TIPS.  You can also message the Puget Sound Auto Theft Task Force on their Facebook page.