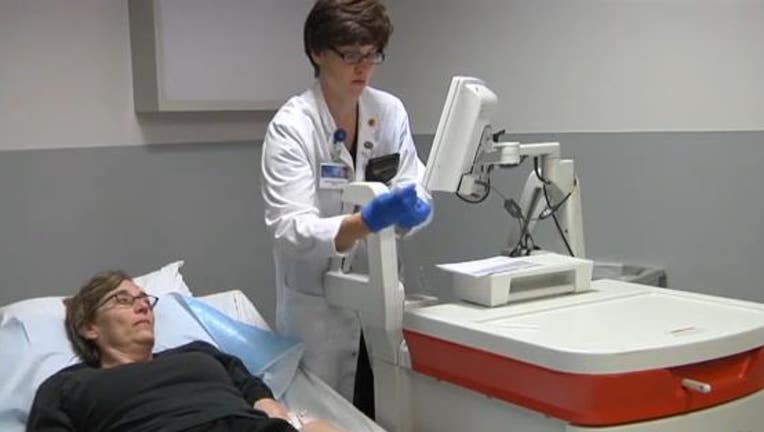 ROCHESTER, Minn. (CNN) -- A woman with an incurable cancer is now in remission, thanks, doctors say, to a highly concentrated dose of the measles virus.

For 10 years, Stacy Erholtz, 49, battled multiple myeloma, a deadly cancer of the blood. Doctors at the Mayo Clinic say she had received every type of chemotherapy drug available for her cancer and had undergone two stem cell transplants, only to relapse time and again.

Then researchers gave her and five other multiple myeloma patients a dose of a highly concentrated, lab-engineered measles virus similar to the measles vaccine. In fact, the dose Erholtz received contained enough of the virus to vaccinate approximately 10 million people.

"The idea here is that a virus can be trained to specifically damage a cancer and to leave other tissues in the body unharmed," said the lead study author, Dr. Stephen Russell.

It's a concept known as virotherapy, and it's been done before. Mayo Clinic scientists say thousands of cancer patients have been treated with viruses, but this is the first case of a patient with a cancer that had spread throughout the body going into remission.

Erholtz was cancer-free for nine months.

"I think we succeeded because we pushed the dose higher than others have pushed it," Russell said. "And I think that is critical. The amount of virus that's in the bloodstream really is the driver of how much gets into the tumors."

In simple terms, the measles virus makes cancer cells join together and explode, Mayo Clinic researcher Dr. Angela Dispenzieri explains. There's also some evidence to suggest, she says, that the virus is stimulating the patient's immune system, helping it recognize any recurring cancer cells and "mop that up."

This treatment is still in the early testing stages, though. Doctors recently used radiation therapy to treat a small, localized tumor in Erholtz's body.

And the other patients in the trial did not go into remission. Tests showed the virus helped shrink one woman's tumors, but they started growing again soon after. The other patients' cancers did not respond to the treatment.

Researchers also don't know whether this virotherapy will help other patients or whether it can be applied to other types of cancer. The measles virus worked with these multiple myeloma patients because they are already immune-deficient, meaning their bodies can't fight off the virus before it has a chance to attack the cancer cells.

More of the highly concentrated measles virus is being created now to be used in a larger clinical trial, Mayo Clinic researchers say. They've developed a manufacturing process that can produce large amounts of the virus, Russell says.

"We recently have begun to think about the idea of a single shot cure for cancer -- and that's our goal with this therapy," he said.