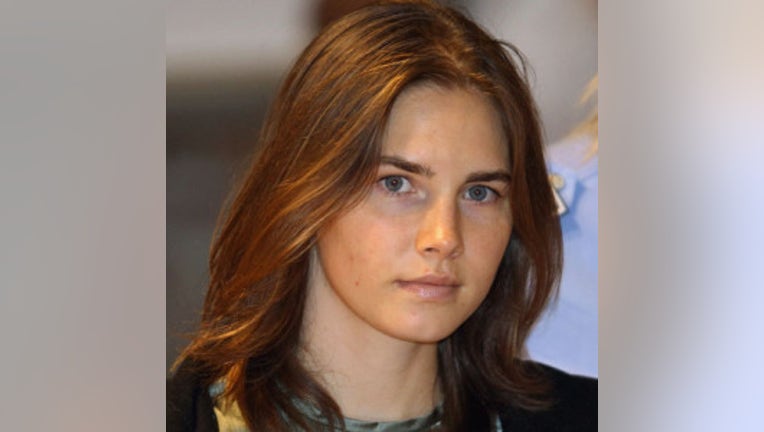 FLORENCE, Italy -- Amanda Knox was found guilty for a second time in the murder of Meredith Kercher, an Italian appeals court said Thursday.

Knox, who is at home in Seattle, was previously both acquitted and found guilty in the death of her former British roommate. Thursday's decision in the Italian Court of Cassation sentenced Knox to 28 years and six months in prison.

Italy's Supreme Court will need to ratify the decision before the country asks for the former University of Washington student's extradition to Italy. The verdict can, and will, be appealed again, the Wall Street Journal reported.

Prosecutors called for sentences of 26 and 30 years for Sollecito and Knox, the exchange student from Seattle who shared a house in the Italian town of Perugia with Kercher, then 21, who was found partially naked in a pool of blood with her throat slashed.

Initially arrested and convicted of the murder, Knox and Sollecito spent four years in jail before being acquitted on appeal in 2011. However, Italy’s highest court overturned the acquittal and ordered a new appeal, saying the first was riddled with “shortcomings, contradictions and inconsistencies.”

Knox has refused to attend the second appeal, which opened in Florence last year, writing to the court from Seattle that she fears being "wrongly convicted."

The Knox family released a statement Thursday, saying they were "frightened and saddened by this unjust verdict."

"There has always been a marked lack of evidence," the statement read. "My family and I have suffered greatly from this wrongful persecution."

It is unknown if the U.S. would require Knox to go back to Italy if extradition was requested.

Here's the full release of Knox's response to the latest verdict:

First and foremost it must be recognized that there is no consolation for the Kercher family.  Their grief over Meredith’s terrible murder will follow them forever.  They deserve respect and support.

I am frightened and saddened by this unjust verdict.  Having been found innocent before, I expected better from the Italian justice system.  The evidence and accusatory theory do not justify a verdict of guilt beyond a reasonable doubt.  Rather, nothing has changed.  There has always been a marked lack of evidence. My family and I have suffered greatly from this wrongful persecution.

This has gotten out of hand. Most troubling is that it was entirely preventable.  I beseech those with the knowledge and authority to address and remediate the problems that worked to pervert the course of justice and waste the valuable resources of the system: overzealous and intransigent prosecution, prejudiced and narrow-minded investigation, unwillingness to admit mistake, reliance on unreliable testimony and evidence, character assassination, inconsistent and unfounded accusatory theory, and counterproductive and coercive interrogation techniques that produce false confessions and inaccurate statements.

Clearly a wrongful conviction is horrific for the wrongfully accused, but it is also terribly bad for the victim, their surviving family, and society.

With information from the LA Times