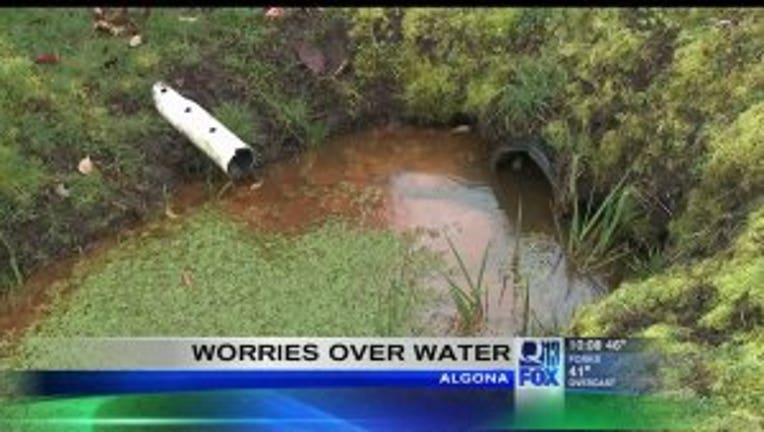 ALGONA, Wash. -- It's the uncertainty that has residents fearing the worst.

Algona residents showed up to a City Council meeting Tuesday night to express their concerns about groundwater contamination.

Residents recently learned that a hazardous chemical leaked into their groundwater from a nearby Boeing plant.

The problem is not the drinking water, but toxins in the groundwater that could possibly rise up to the surface.

Thousands in Algona and neighboring Auburn learned that trichloroethylene, or TCE, a chemical used to clean airplane parts, has been lurking underground in plumes. Boeing has since demolished the buildings used in the operation but the chemical is believed to have leaked into the groundwater decades ago. City Council members say they are frustrated that citizens were not alerted sooner to the possible dangers.

City Councilman Bill Thomas said two big plumes have been detected, one even underneath the Super Mall in Algona.

"They have known quite a while on the Boeing property but they didn’t know the extent out beyond their property line until recently," said Thomas.

Thomas say he is a 100 percent confident that drinking water is safe but he is concerned over surface water, saying the toxins in the groundwater could rise up.

"I don’t believe anything until I have concrete evidence and until they tell me, that me and family is going to be OK," said Sippo.

So far, hundreds of groundwater test wells have been drilled and more tests are on the way.

Certain neighborhoods sitting above the plumes are next in line.

"They’ve shown spots where they are going to do testing, but I think everybody in Algona should have that piece of mind. I think it would be respectful since they have waited for this long to tell us anything," said Sippo.

Sippo says her children will remain inside until her yard is tested and deemed safe. At Tuesday's meeting, Mayor David Hill said he is looking into hiring a lawyer just to deal with the groundwater issue. He assured residents that someone would be held responsible.

Boeing has hired independent scientists from Landau Associates to test the vapors coming from underground. Those tests have been done in certain locations and the results are safe. City Council members say they won't rest however until every inch of Algona is tested.