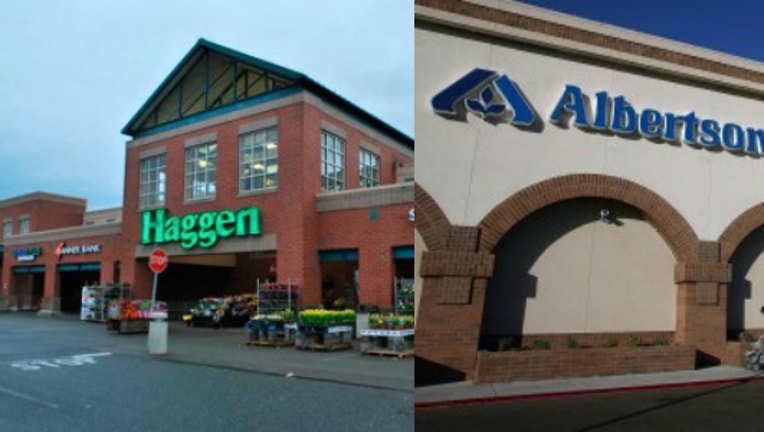 SEATTLE -- As the grocery chain Haggen looks to shed many of its stores during bankruptcy proceedings, Albertsons has come to take its locations back.

Bellingham-based Haggen is auctioning off 95 stores. Many of the stores for sale were purchased from Albertsons and Safeway in December. Haggen struggled to convert many of the stores to their brand and filed for bankruptcy protection in September.

Albertsons is now the baseline bidder for 36 of the stores that went to auction Monday.

The Seattle Times posted a list of the stores up for auction, Albertsons is the "baseline bidder" for locations in Puyallup, Spanaway, Gig Harbor, Milton, Port Orchard, Shoreline, Everett, Monroe, and two in both Burien and Renton.

Bidding starts at $1.7 million for the Everett location and $500,000 for Shoreline, for example.

Other locations on the auction list are in Oregon and Arizona.

Albertsons was forced to sell the stores last year by the Federal Trade Commission when it merged with Safeway.

The sale would leave the Bellingham-based chain with just 31 stores. Haggen struggled to convert many of the stores to their brand and filed for bankruptcy protection in September.

The grocer has said they’ve found buyers for 36 stores in California and Nevada. The company has also put into place a bid and auction process for some of the stores.