The plane has been grounded since mid-March because of two fatal crashes that killed more than 300 people.

Airbus is stretching its lead over Boeing in aircraft deliveries as Boeing continues to be held back by the grounding of its 737 Max.

Chicago-based Boeing said Tuesday it delivered 19 planes in July, down from 39 in July 2018. It also reported that it received no new orders for the Max in July — the fourth straight month without an order. 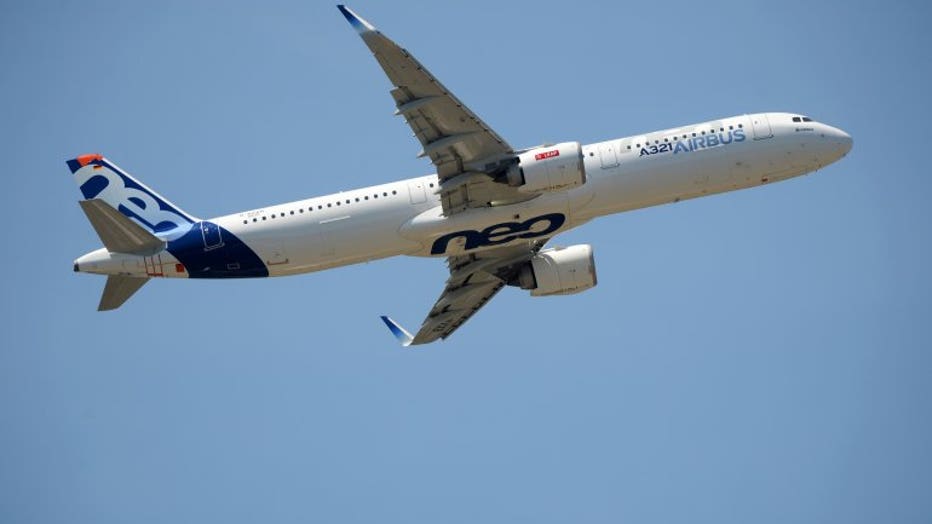 An Airbus A321 Neo performs a flight display at Le Bourget airport on June 19, 2017 on the opening day of the International Paris Air Show. (Photo credit: ERIC PIERMONT/AFP/Getty Images)

This year through July, Boeing has delivered 258 airliners. That's down 38% from a year earlier, and far behind Airbus' 458 deliveries.

Boeing halted Max deliveries in March after the second of two crashes that together killed 346 people.

Boeing CEO Dennis Muilenburg said last week that the company has not suffered any order cancellations for the plane due to the grounding.

Flyadeal, a budget carrier in Saudi Arabia, dropped an intention to buy up to 50 Max jets and switched last month to the Airbus neo. It never signed an order with Boeing, however. Also last month, the parent company of British Airways said it intends to buy 200 Max jets, although it has not signed a firm order either.

Last month, Boeing reported its biggest quarterly loss — nearly $3 billion — after taking a $4.9 billion after-tax charge for the cost of compensating airlines that lost use of their Max jets.