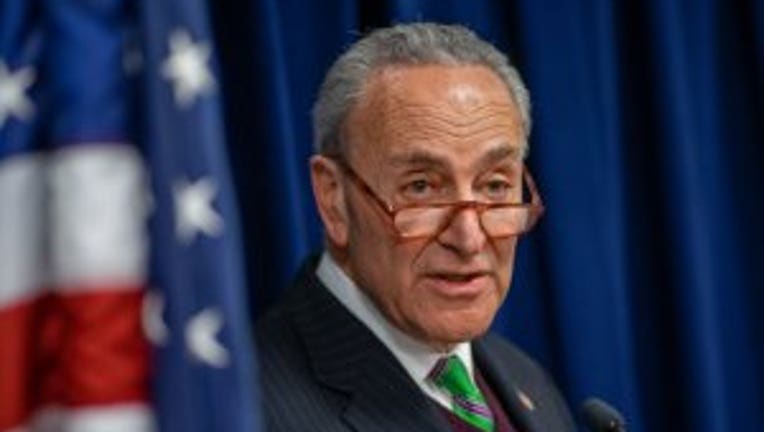 U.S. Sen. Charles Schumer (D-NY) speaks during a press conference to discuss what he believes is needed to ensure a fair senate impeachment trial on December 23, 2019 in New York City. (Photo by David Dee Delgado/Getty Images)

WASHINGTON (NEXSTAR) — As President Donald Trump spends the holidays at his south Florida resort, Senate Democrats say all they want for Christmas is a fair and speedy impeachment trial.

“If it doesn’t have documents and witnesses, it’s going to seem to most of the American people that it is a sham trial,” Schumer, D-New York, said.

“To not even try to get the primary players in this corruption drama to come and give testimony I think is a total abdication of our responsibility,” Murphy said. “It’s just kind of amazing to me that McConnell would proudly telegraph to the country that he’s taking all of his marching orders from Donald Trump.”

But on Christmas Eve, Trump said it’s the House Democrats who have been unfair throughout the proceedings.

Trump said he’s counting on McConnell to provide him with a fair trial.

But House Speaker Nancy Pelosi still won’t say if or when she plans to send the Senate the articles of impeachment.

“Hopefully, it will be on the way over at some point,” McConnell said.

The House and Senate won’t return to the Capitol Hill until after the New Year.