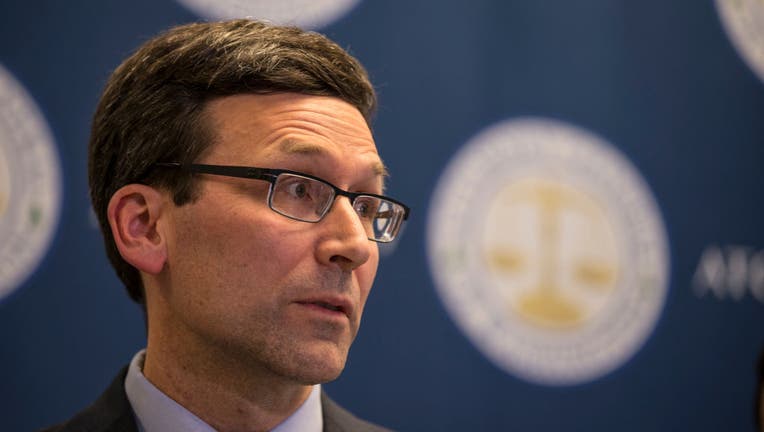 OLYMPIA, Wash. - Attorney General (AG) Bob Ferguson announced Wednesday that his office penalized an organization and its attorney for pushing a lawsuit, claiming that hundreds of thousands of ballots in the 2020 general election were altered, without providing legitimate evidence to back it up.

WEICU filed lawsuits in eight Washington state counties alleging ballots were being altered, specifically claiming non-citizens were fraudulently registered to vote. The Franklin County Superior Court dismissed the lawsuit, saying the group offered no evidence for this claim in addition to multiple other legal deficiencies.

"Attorneys and organizations who attack our democracy and abuse our legal system must face accountability," Ferguson said. "We will continue fighting to protect our elections from these baseless lawsuits that push ‘the Big Lie.’"

Due to the nature of the case, AG Ferguson asked the Washington Supreme Court to impose sanctions against the WEICU and Shogren. The court agreed, and ordered them to pay the state’s costs in defending the case.

"Misinformation and disinformation is a threat to the functioning of our democracy," said Gov. Jay Inslee. "Those who intentionally spread lies and undermine our elections must be held accountable. I appreciate the attorney general’s efforts to ensure truth prevails."

These newly placed sanctions were ignited back in Jan. 2021, when the campaign for republican gubernatorial candidate Loren Culp filed a lawsuit challenging the 2020 election.

According to the AG’s Office, the complaint included sweeping, baseless assertions of voter fraud. AG Ferguson responded by informing the attorney for the campaign that his office would seek sanctions if the campaign continued with its irresponsible lawsuit. In response, the Culp campaign dropped its lawsuit the next day.

The following is an excerpt from the AG’s message to the Culp campaign’s attorney:

"[Your] claims are also factually baseless. For example, counties have contacted individuals the Campaign identified as deceased and found either that the voter died after voting, or that the voter was, in fact, alive. In many instances, the alleged discrepancies cited by your declarant Mr. Schow reflect trivial variations in the voter’s address, for example listing an address as ‘N’ instead of ‘North.’ Secretary Wyman invited Mr. Culp to bring any concerns to her for investigation, but he refused. Numerous counties likewise invited your declarant, Mr. Schow, to share his data regarding alleged irregularities so that the claims could be investigated and addressed. He likewise refused. If either Mr. Schow or Mr. Culp had accepted those invitations, the Secretary and the counties could have demonstrated precisely how the allegations are false or do not undermine the validity of a voter’s registration. The Campaign simply did not conduct a reasonable investigation to assert the type of claims alleged here.

"Finally, the claims are made with an improper purpose of undermining confidence in a free and fair election. Mr. Culp lost the election by more than 545,000 votes. Rather than concede gracefully, Mr. Culp has used this lawsuit to distract from the magnitude of his loss and to sow confusion. Mr. Culp also fundraised off his baseless allegations, even as the country has erupted in violence stoked by the types of reckless allegations made in this litigation. This past week has put into stark relief the damage that has been wrought by such untruths.

"As an officer of the Court, you have an obligation to conduct a reasonable investigation before filing a lawsuit and not to fuel the fire consuming this country with unfounded claims of voter fraud. We hope that you will reconsider your actions in light of this information and the events of the past weeks. If you decline to dismiss the case voluntarily, our motion for sanctions will seek all costs we have incurred in responding to the complaint."

Ferguson will also file a complaint against Shogren with the Washington State Bar Association seeking further discipline. That complaint will come in the next few weeks.

Justice long delayed may finally be delivered—that's the hope and focus of a major new initiative from Washington's attorney general.