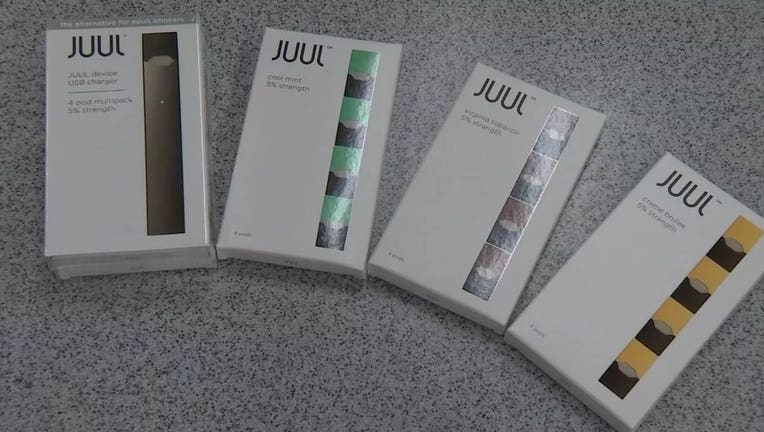 OLYMPIA, Wash. - E-cigarette giant Juul Labs will pay Washington state $22.5 million and has agreed to a variety of reforms to prevent underage use and sales under a settlement announced Wednesday by state Attorney General Bob Ferguson.

Ferguson filed a consumer protection lawsuit in September 2020, saying the country’s largest e-cigarette company targeted underage consumers and deceived consumers about the addictiveness of its product.

"Juul’s conduct harmed Washingtonians," Ferguson said at a news conference in Seattle. "They harmed the youth of our state."

Ferguson said that upon the product’s launch in 2015, the company flooded social media with colorful ads, fueling a spike in use and nicotine addiction among teens. The percentage of vaping high school sophomores in Washington rose from 13% in 2016 to nearly 21% by 2018, according to Ferguson’s office.

Seven vape companies across the country, including a Washington state vendor, were caught illegally selling products to minors online as part of an investigation from Attorney General Bob Ferguson.

Under the consent decree filed in King County Superior Court, Juul Labs admitted no wrongdoing in settling the case and in an email after the announcement called it "another step in our ongoing effort to reset our company and resolve issues from the past."

It’s the fourth such settlement with states by the company within the past year. In November, Juul settled for $14.5 million with state prosecutors in Arizona, just months after agreeing to pay $40 million in North Carolina. As in Washington, the company promised not to market to minors in those states to and boost enforcement of retailers who sell its products.

Lawsuits in a handful of other states remain. In its statement Wednesday, the company said it has also settled with Louisiana.

"We will continue working with federal and state stakeholders to advance a fully regulated, science-based marketplace for vapor products," the company wrote.

Under the settlement announced in Washington state, Juul must stop all advertising that appeals to youth and is prohibited from marketing its products on social media, including Facebook and Instagram. It must also monitor for and report social media content about JUUL products posted by underage users, and must implement practices to prevent underage youth from buying Juul products online, including requiring an ID-verified adult signature upon delivery of the products.

The company must also confirm the age of people who file warranty claims for a Juul product.

Attorney General Bob Ferguson is suing vaping giant JUUL, claiming its advertising targets teens at a time when one in five teens in Washington state are vaping.

According to Juul’s website, the company had stopped all advertising before Ferguson sued in 2020 and and ended sales of all flavored products except menthol and tobacco.

The company is also required to implement a secret shopper program that Ferguson says is more robust than those in previous settlements. Under the agreement, Juul must send secret shoppers on at least 25 compliance checks per month at Washington-based Juul retailers for at least two years. Those checks must be performed across the state, with at least one check in each of the state’s 39 counties per year.

Ferguson’s office said the secret shoppers must confirm that retailers are complying with the requirement to verify a purchaser’s age, and that they are complying with the requirement to limit the purchase of Juul product to one Juul device and 16 Juul pods per transaction. Juul is required to report results of the program to Ferguson’s office every three months.

Under the consent decree, Juul is ordered to pay the $22.5 million total over the next 4 years. Ferguson said that money will be used to establish a new health equity unit at this office to respond to deceptive and discriminatory health care practices that disproportionately impact vulnerable communities and communities of color.