Kaleb and his parents rode in a limousine from the hospital back to their Dinwiddie, Virginia, home.

"Kaleb is riding down the highway and now he is asleep on his first car/limo ride home," his parents posted on Facebook. "We give God all the praise!" 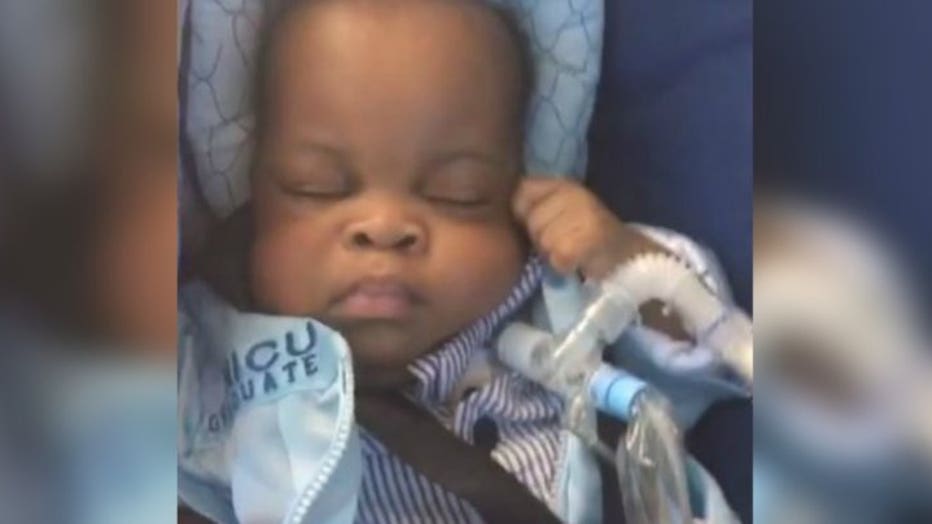 Kaleb was born October 20, 2015,  16 weeks before his due date and just a few days after the announcement of his “miracle conception” went viral on social media.

Dana and Arkell, of Dinwiddie,  made international headlines last October when they posted their emotional pregnancy video online. Dana said she and her husband started trying to have kids after they got married 17 years ago,  but gave up after delivering a stillborn baby at six months and suffering four miscarriages.

While the couple adopted son Keelyn, who they referred to as their first miracle, they believed they would never have a biological child of their own.

As time passed and their hearts began to heal, Dana recently started walking with her friends, but she wasn’t losing weight like they were. So she went to the doctor. That’s when she found out she was five months pregnant.

“I was ecstatic,” she said. “We hadn’t planned anything, we weren’t trying.”

So she started thinking of a way to surprise her husband with the news. The mommy-to-be put literal buns in the oven, and next to the buns, she placed a sonogram picture. When Arkell realized he’s going to be a dad, his reaction was perfect.

The couple chronicled Kaleb's year-long stay in the NICU on a Facebook page which amassed more than 181,000 fans.

Yesterday the couple posted that Kaleb's homecoming was imminent.

"We all know practice makes perfect and in preparation of Kaleb's release we've practiced using the home ventilator, sitting in a car seat, mom and dad handling all of his care and medical needs for 12 hours at a time. We have an overwhelming feeling of excitement. But this is what we've prayed for so we believe God will give us an unending supply of strength to handle any situation," the post read.