Nearly a year after Walter the dog went missing in suburban St. Louis, the golden retriever is back with his owner.

ARNOLD, Mo. - A dog that went missing nearly a year ago in Missouri has been reunited with his owner after she never stopped searching and never gave up hope.

Kate Olson, of New Hampshire, visited relatives last Thanksgiving in Arnold, Missouri, a suburb of St. Louis, with her golden retriever named Walter, according to KSDK-TV. Walter, described as an “anxious” dog, slipped out of his collar and took off — apparently wandering the woods behind an industrial park.

Olson stayed in St. Louis for weeks printing fliers and retracing his steps hoping to find him. She eventually returned to New England but got calls about sightings. She returned to Missouri in January to search again, but no luck.

She estimates she spent close to $1,000 between the fliers and trips back and forth between states, according to the local news station.

Finally, on Nov. 13, Olson got the call she had been waiting for. A group based in Belleville, Illinois, called Lost Paws Trapping was able to capture Walter. Olson immediately got on a plane and was reunited with her long-lost dog. 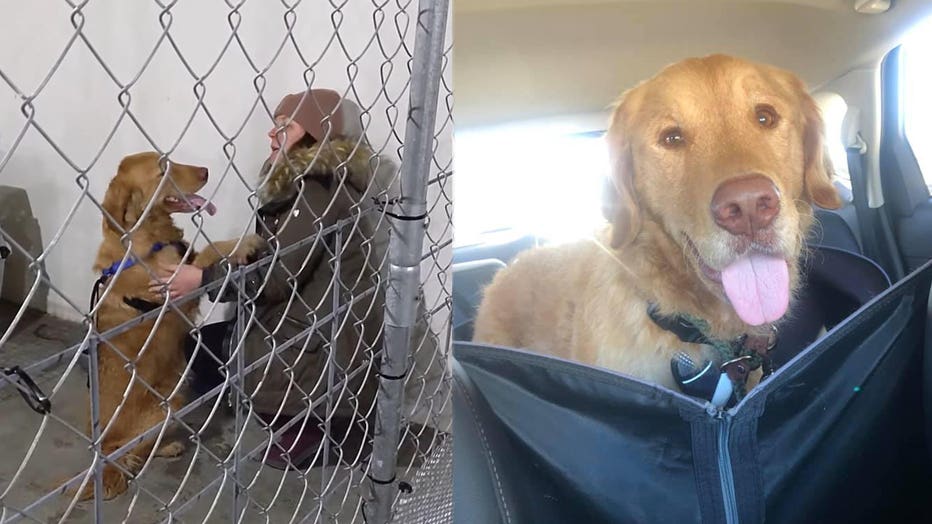 “We are all tired, exhausted and emotionally drained, but could not be more excited,” the group wrote on Facebook regarding Walter’s rescue.

Since reuniting, Olson said Walter has “been such a little love.”

“He is the same sweet boy he was before and maybe even sweeter because he has missed getting loved on,” she said.

Olson added that Walter had a veterinarian checkup this week and has been “doing great.”