After a groom reportedly got cold feet and called off his wedding at the last minute, the jilted bride’s family decided not to cancel the reception at a four-star hotel in Sacramento. 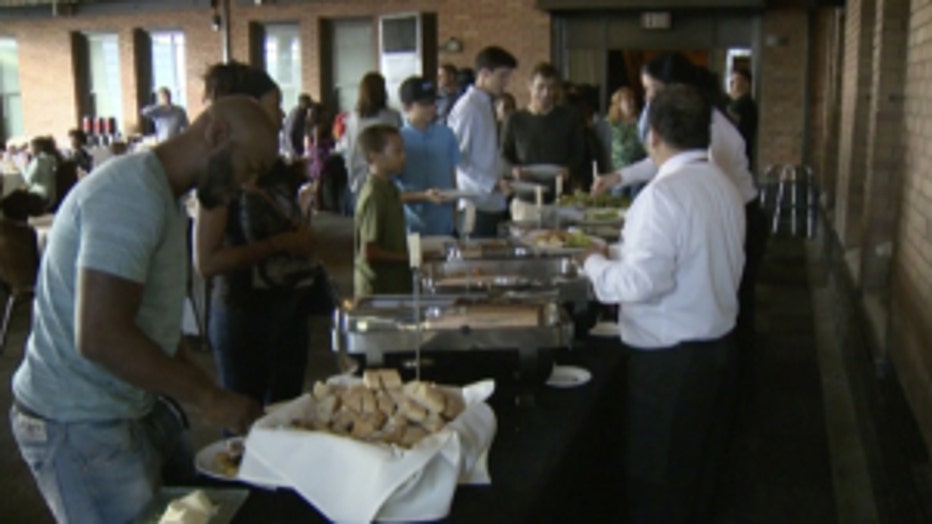 A meal was served to the homeless at a Sacramento hotel after a wedding was called off at the last minute. (Credit: KCRA)

Instead, they invited the city’s homeless to enjoy the sumptuous meal that had been planned for the post-nuptials celebration.

“When I found out Monday that the wedding would not be taking place, it just seemed like, of course this would be something that we would do to give back,” Kari Duane, the 27-year-old bride’s mother, told KCRA.

The television station reported that some $35,000 was spent in advance on the wedding — including the reservation of a banquet hall at the Citizen Hotel, overlooking the Sacramento skyline.

That’s where scores of strangers — some of whom arrived alone, others with their children or grandparents — were welcomed to dine on a feast of salad, salmon, gnocchi and tri-tip beef.

“I think it’s very generous, actually,” said Erika Craycraft, who partook of the meal. “To lose out on something so important to yourself and then give it to someone else is really giving.”

Rashad Abdullah and his wife, Erika Craycraft, brought their five children to the venue.

“When you’re going through a hard time and struggle, for you to get out to do something different and with your family — it was a really a blessing,” Abdullah said.

The bride chose to stay home while the meal was served.

“I feel a lot of heartache and heartbreak for her,” Duane said. “But I will take something good from this. I will.”

The nonrefundable honeymoon was also paid for in advance, according to KCRA. The would-be wife and her mother were expected to leave for Belize on Sunday.