SEATTLE- When Karina Shulte and her infant son Elias were hit by a repeat drunk driver last month, it impacted the entire community, especially moms like Kristin Crymes, who has a seven month- old son.

“It’s a very strong reminder that NE 75th St. is very family centered and we need to make sure everyone is safe utilizing that residential area,” Crymes said.

That’s why she wanted to come to a meeting held by the Seattle Department of Transportation, where residents offered ideas on how to make streets in their neighborhood safer.

“Mainly I would like to see a buffer between the traffic that’s traveling very quickly and the sidewalk, because if you’re walking down the street with your little guys, you don’t want them to accidentally step off or someone zoom right next to you and have them get anywhere near you or your kids,” said Megan Watzke. 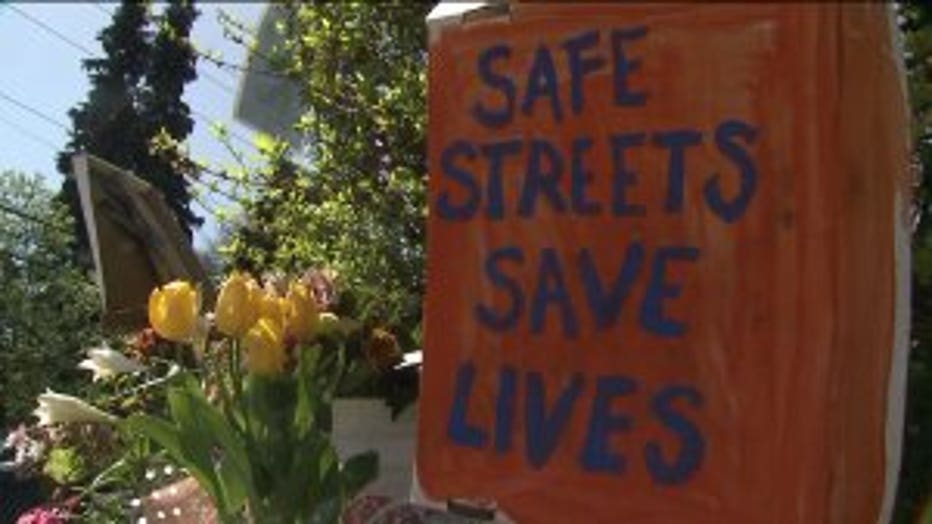 Last week, SDOT installed school zone flashing beacons near Eckstein Middle School warning drivers to slow down.  Speed cameras could be next, along with more crosswalks, pedestrian islands, and designated turning lanes which is the least expensive idea.

“If we could organize that by putting in left turn pockets then you would have a better traffic flow and reduce top end speeding,” said SDOT traffic engineer Dongho Chang.

While road improvements are being discussed, the state’s big DUI bill is being scaled back.  State Representative Roger Goodman is scrapping the idea of prohibiting people from buying alcohol for 10 years after a third DUI.

What’s still on the table is longer jail time, including six months for a second DUI.  As an alternative, an offender can opt for treatment and wear an alcohol detection bracelet that would alert police if the consume any alcohol.

Also on a second arrest, offenders would be required to have an ignition interlock device installed on your vehicle within 10 days.  Right now, those devices are only required after a conviction.

The third and final SDOT community meeting will be next Wednesday, May 1st at the Calvary Christian Assembly at 6801 Roosevelt Way NE from 7-9pm.