Military family has all of their things in U-Haul stolen

Military family has all of their things in U-Haul stolen

“We moved from Fort Stewart Georgia, it’s right near Savannah.  We were at Fort Stewart and now he’s been stationed at the Joint Base" Lewis-McChord, says Jaimee Craft.

The Craft family says they woke up Monday morning to discover their U-Haul had been stolen.  Lacey Police say someone stole the U-Haul from the parking lot of the Days Inn motel in Northeast Lacey overnight.

Jaimee and Joshua Craft say everything they own was inside.

“Everything from beds, washer and dryer, his motorcycle, our Social Security numbers, birth certificates, you name it, if it is in your house, it was in our truck.  His 2001 Kawasaki Vulcan; his motorcycle, it even had the key in it,” says Jaimee.

Investigators say the motel’s security camera isn’t working.  And while they work to gather possible surveillance from surrounding businesses, the Crafts are trying to protect themselves from being victimized twice.

“We are in the process of contacting the Social Security department, freezing our credit and everything so no one can try to open up credit lines,” says Jaimee.

She says all her jewelry and family heirlooms are gone, too.  She says all they have now is a bag of clothing each and a stroller for little Henry.

“You don’t really realize how much you rely on a high chair with a 1-year-old until you don’t have one,” says Jaimee.

Despite this blow, the Crafts remain positive.

“It’s a little discouraging, but we’ll make it through,” says Joshua.

Soldiering on, after getting word their apartment is now ready for move in.

“We’ll just go with what little stuff we have and start building it back up,” says Jaimee.

Just not the kind of “welcome home” anybody anticipates.

“You know we’re expecting the worst and hoping for the best, but at this point we just assume it’s (their possessions are) all gone,” says Jaimee.

The Crafts say they have already begun the process of filing insurance claims.

The U-Haul had Arizona plates a-e-4-8-6-8-4.  The motorcycle’s plates are from Georgia w-b-x-7-6-6.  Anyone with information should contact Lacey Police. 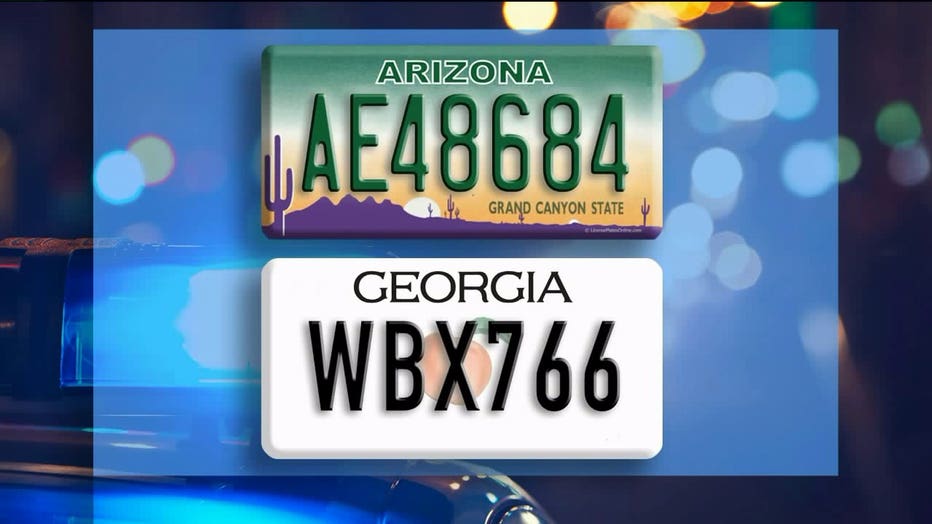