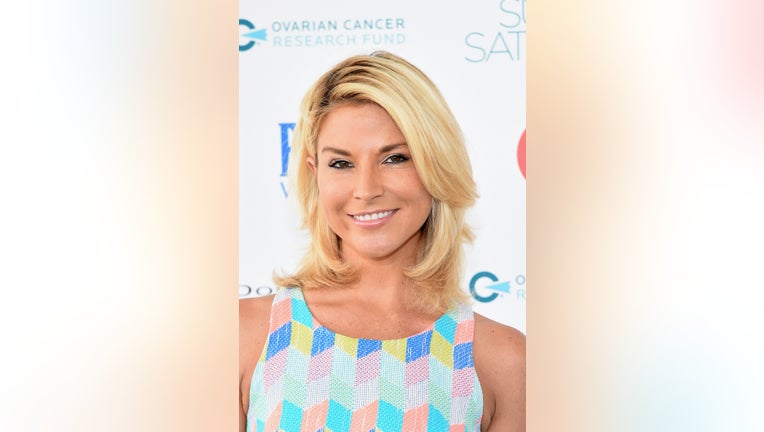 (CNN) -- Diem Brown, the MTV reality star whose fight against cancer was an inspiration to many, lost that long battle on Friday. She was 32.

"MTV is tremendously sad to hear the news that Diem Brown has lost her long battle with cancer," the network said in a statement. "We send our deepest condolences to her family and friends. Diem was a true fighter and brought passion to everything she touched. We will miss her."

In her absence, many are grieving the loss of a woman who wanted to provide support for all who were facing illnesses.

Brown was diagnosed with ovarian cancer when she was 23. At the time, she didn't let the diagnosis or the treatment slow her goals: After having an ovary, several lymph nodes and part of a fallopian tube removed, Brown packed up and set off for Australia to take part in MTV's "Real World/Road Rules Challenge," People magazine reports.

In 2012, she faced ovarian cancer for the second time, and in August, she revealed that she had colon cancer.

That third round was "the scariest build up towards my cancer journey," Brown told E! "Both mentally, physically and emotionally the most traumatic. I've been needing some hope to fight for, some light to look forward to at the end of this journey. I find that strength in my family, friends and fans. People I've never met believe in me, I can't let them down! I won't."

It's that fighter's spirit that Brown became known for, both on and off the camera. While she was facing her own struggles, she took the time to blog about her experience for People magazine and established the organization MedGift, a support registry for those facing any kind of illness or health struggle.

In a tribute to Brown on Instagram, E!'s Alicia Quarles called her friend her "earth angel."

"I've always told you, you are my earth angel," Quarles said. "Now, you are our heavenly angel. I see you dancing in heaven with your mother and grandmother. I promise to live the best life possible for both of us. Thank you for teaching me grace, faith, tenacity and for the gift of Medgift.com You and I will never end. You are my true, dear love."

After her third cancer diagnosis in August, Brown tried to maintain a positive outlook in the midst of what she admitted were some trying times.

"I'm so fortunate to have a platform as I know I'm not the only one out there going through something like this," Brown told People. "I promise to keep trucking along if for nothing else but others who need to know it is possible to beat this horrible disease once and for all!"

The next month brought devastating news, as Brown learned that the cancer found in her colon had spread to her liver and lymph nodes. On Tuesday, the TV personality put out a call for "prayers, advice, support & outreach" on Twitter as she was hospitalized in New York.

Facing cancer for so long changed her, Brown told People in September. "It sounds like a cliche, but I've only got this one life," she said. "I need to live every day to the fullest."