WASHINGTON (AP) - The Biden administration said Monday it would evacuate about 2,500 Afghans who worked for the U.S. government and their families to a military base in Virginia pending approval of their visas.

The administration informed Congress that the Afghans will be housed at Fort Lee, a sprawling Army base south of Richmond starting next week, according to a Defense Department notice sent to lawmakers. The administration announced earlier this month that it would soon begin relocating Afghan visa seekers under an initiative known as "Operation Allies Refuge."

"These initial relocation flights, the first under Operation Allies Refuge led by the State Department, will place America’s commitment to those who have helped us into action-providing transportation to secure locations at which the requirements of the (visa) process can be safely and thoroughly completed," the notice said.

The announcement, a copy of which was obtained by The Associated Press, came amid growing concerns for the safety of Afghans who served as translators and in other support roles for American troops and diplomats as the administration rapidly moves to complete the withdrawal of U.S. forces from Afghanistan.

Members of Congress have expressed rising alarm about the fate of Afghans who worked for the U.S. over the past 20 years, particularly as the Taliban has stepped up military operations against the Afghan government in recent weeks, seizing control of major portions of the country as U.S. troops withdraw. 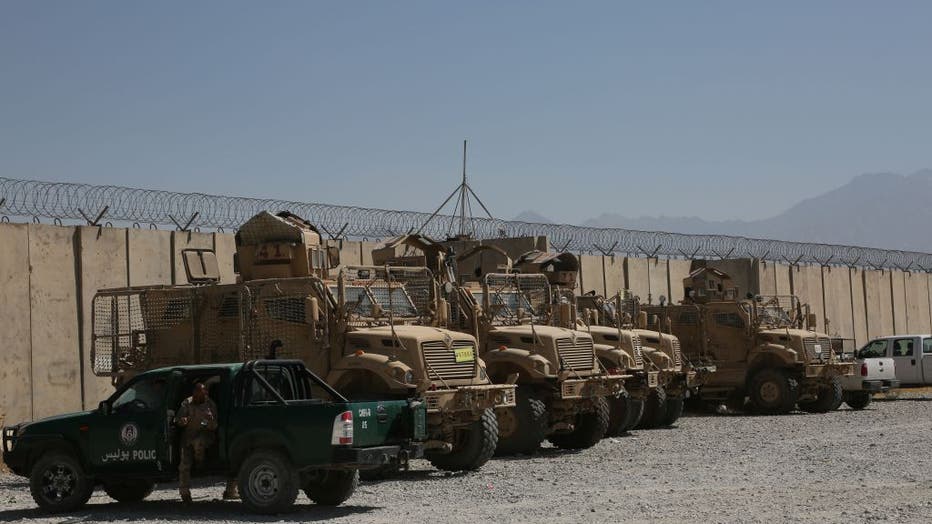 The group to be housed at Fort Lee is just a small portion of the number of Afghans seeking refuge in the United States. Roughly 20,000 have expressed interest in applying for so-called "Special Immigrant Visas" to move to the U.S., but only about half of them are far enough along in the vetting process to be considered for relocation.

"In line with a formal request for assistance from interagency partners, the (Defense) Department has recommended Fort Lee, Virginia as the temporary host installation for the first group of SIV applicants embarking on relocation movements," the notice to Congress said.

"Here, this initial group of approximately 2,500, who have completed the SIV security vetting process, will be able to safely complete the final steps of the SIV process such as a medical screening and final administrative requirements," it said.