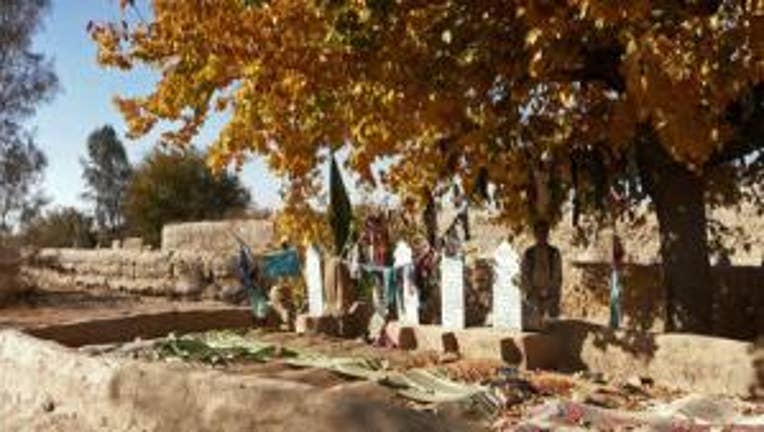 JOINT BASE LEWIS-MCCHORD -- Testimony in the preliminary hearing for U.S. Army Staff Sgt. Robert Bales wound up Sunday night with a senior Afghan police investigator saying he did not believe Bales could have killed 16 people in two separate villages by himself.

Maj. Khudai Dad, chief of criminal techniques for the Afghan police in the province of Kandahar, said he walked the area between three housing compounds hit by a gunman on the night of March 11 and doubted that any single person could have killed so many people in such a wide area in the space of three hours.

U.S. prosecutors have said they believe Bales left the small special operations outpost southwest of Kandahar shortly after midnight, returned at one point, and went out again, finally coming back a bit after 4:30 a.m. Khudai Dad said his brief investigation showed the killings occurred between midnight and 3 a.m.

“I was thinking, and I am thinking, that this is not the thing that one person can do,” Khudai Dad said on the last day of testimony in a weeklong Article 32 hearing to determine whether the case will go to a court-martial, with a potential death penalty.

“If it’s only one person, one person cannot go to three different places,” Khudai Dad said. Not only was it too far — the Afghan officer estimated the compounds at just under four miles apart, though military prosecutors have said the distance was less — but it was too dangerous, he said.

Several people testified that no one ventured outside Camp Belambay alone, and no one went outside “the wire” after dark.

“One person not have the courage to go to two villages in dark night,” Khudai Dad testified.

The Afghan police officer was the last witness for the defense, which has opened the door to the possibility that there might have been other gunmen. Military prosecutors, cross-examining the investigator, raised questions about whether he had accurately assessed the distance between the three housing compounds.

They also had Khudai Dad list the other reasons for suspicion that he apparently included in a written report: The U.S. base commander would not answer his questions, he was not allowed to interview Bales, and he doubted that an American soldier could have committed shootings in three locations in the dead of night without being detected and stopped.

Lt. Col. Joseph Morse, the military prosecutor, also asked Khudai Dad whether he reported that the empty shell casings he collected at the shooting scenes had different strike marks on the bottoms.

Khudai Dad appeared to deny this last point, suggesting that most of the information he got about the casings came from his police “mentor” in the U.S. Army. “When I give those empty shells to my mentor, they did not tell me if it was from one Kalashnikov or many,” he said.

Bales returned to the base carrying an M-4 rifle, a 9-millimeter handgun and a grenade launcher.

The prosecution has presented a large number of witnesses, including Bales’ colleagues and two Afghan guards, who established a timeline that would probably have been sufficient for Bales to leave the base twice, travel a certain distance and return.

One witness said Bales woke him up in the middle of the night and told him he had left the base, killed some people and was headed out again — but the witness didn’t take Bales' claim seriously.

Khudai Dad’s testimony did make clear the difficulties U.S. investigators had in collecting a reliable array of physical evidence. Though he set out for the villages first thing in the morning, Khudai Dad said, he found that a team from the Afghan National Army had already been there and had collected many of the empty shell casings, which the Army refused to turn over to him.

Khudai Dad collected several others that he found and put them together in a single bag to turn over to the U.S. Army.

At the home where Mohammad Dawood was killed in the village of Najiban, he found two empty shell casings, but had to leave soon because Dawood’s friends and family were angry, he said.

“They were all crying. They threw shoes at me,” he said.

“Why did they throw shoes at you?” asked Bales’ military defense lawyer, Maj. Gregory Malson.

“Because their man was killed,” he said. “Everybody was crying — the sister, the wife. The women told me, 'A man came in the night and he killed us, and you come in the morning?' "

Lawyers in the case were scheduled to make their closing statements on Tuesday.