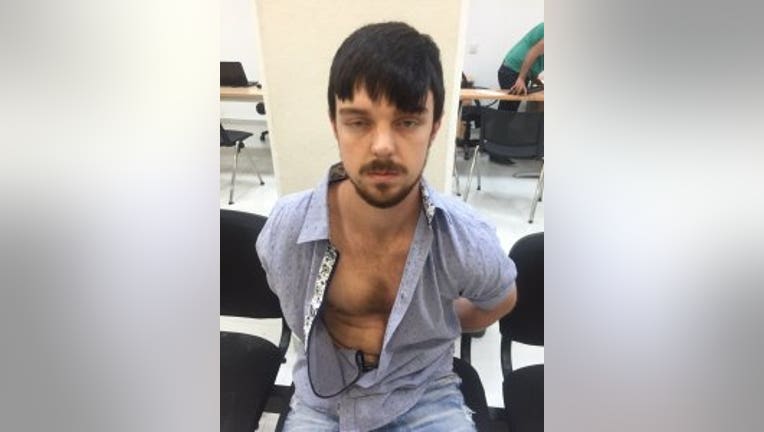 MEXICO CITY, Mexico -- An official in Mexico says a teen fugitive from Texas known for using an "affluenza" defense has been granted a three-day delay in deportation.

The official spoke on condition of anonymity because he or she wasn't authorized to be quoted by name.

Couch and his mother were scheduled to be sent back to the U.S. on Wednesday. It wasn't immediately clear if his mother, Tonya Couch, also would be granted a delay.

Both had been scheduled to fly back to Houston after authorities said a phone call for pizza led to their capture in the Mexican resort city of Puerto Vallarta. They were being held at immigration offices in Guadalajara.

Couch's attorneys did not immediately return calls for comment.

Mexican police say the fugitive "affluenza" teenager and his mother spent three days in a rented condo at a resort development in Puerto Vallarta before finding an apartment in a less glitzy area where they were found by police.

A police report says 18-year-old Ethan Couch and his mother stayed at the Los Tules resort from Dec. 20 to Dec. 23, but were asked to leave because the condo's owner was coming in for Christmas.

While at the condo, they called out for a pizza, which tipped police off to their whereabouts. By the time police showed up on Dec. 28, the mother and son were gone.

But one of the condo's employees found them an apartment in Puerta Vallarta's less glitzy center. She told them where Couch and his mother were staying, and Mexican detectives located the apartment and staked it out.

The police report says that when the two appeared on the street, detectives approached them and asked them their names, and that the Couches showed an "evasive attitude."

The report says mother and son were, "confusing about their names and mentioned they had no identification and no immigration documents."

Authorities say Couch and his mother are scheduled to depart for the U.S. after a phone call for pizza led to their capture in Mexico.

The pair were being held at immigration offices in Guadalajara on Tuesday. An immigration official who is not allowed to be quoted by name told The Associated Press they were to be returned to the United States aboard a commercial flight to Houston Wednesday.

Couch was on juvenile probation after killing four people in a drunken-driving wreck.

Authorities began searching for the pair after Ethan Couch missed a mandatory appointment with his probation officer on Dec. 10.

Once returned to Texas, Couch will be held in a North Texas facility until a probation violation hearing Jan. 19.

Tonya Couch faces a two- to 10-year sentence if convicted of hindering apprehension.