NEW YORK-- The father of Sandy Hook Elementary School shooter Adam Lanza said his son would have killed him if he'd had the opportunity.

"With hindsight, I know Adam would have killed me in a heartbeat, if he'd had the chance," Peter Lanza told New Yorker magazine in an interview that appears in the March 17 issue.

It's the first time Peter Lanza has spoken publicly about his son.

"The reason he shot Nancy four times was one for each of us: one for Nancy; one for him; one for (his brother) Ryan; one for me," he said. 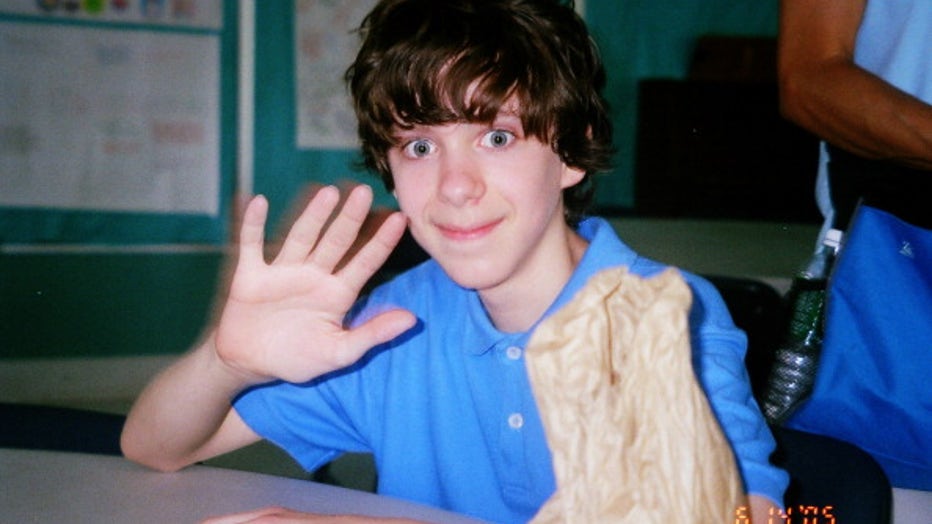 Adam Lanza is pictured in this undated image from 2005 in Newtown, Connecticut. From Getty Images.

Peter Lanza said his son talked with many mental health professionals but none saw violent tendencies in his personality.

He said he may have overlooked troubling signs himself by accepting a diagnosis of Asperger's syndrome, though he doesn't think Asperger's caused the violence.

"Asperger's makes people unusual, but it doesn't make people like this," he said.

He also said his ex-wife didn't detect the potential for violence.

"She never confided to her sister or best friend about being worried," he said. "She slept with her bedroom door unlocked and kept guns in the house, which she would not have done if she were frightened."

Peter Lanza said he thought his son was "a normal, weird little kid" but by the time he reached middle school "it was crystal clear something was wrong."

"The social awkwardness, the uncomfortable anxiety, unable to sleep, stress, unable to concentrate, having a hard time learning, the awkward walk, reduced eye contact," he said. "You could see the changes occurring."

He said he thinks about his son and the massacre every waking hour.

He said he's offered to meet victims of the shooting and two families took him up on the offer.

"It's gut-wrenching," he said. "A victim's family member told me that they forgave Adam after we spent three hours talking. I didn't even know how to respond. A person that lost their son, their only son."