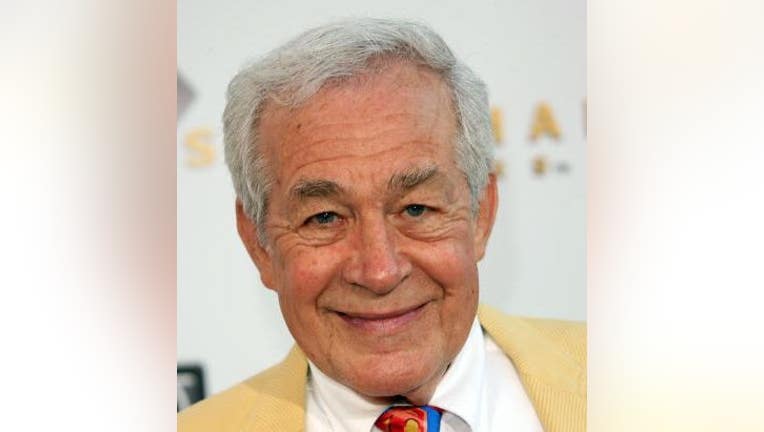 According to Howard, he died peacefully in his sleep at his home in Brentwood, California, with his dog at his side (he had no immediate family).

Though Larson devoted his career to writing and had just a handful of roles after "Superman's" run ended in 1958 -- including a 2010 part in an episode of "Law & Order: Special Victims Unit" -- he'll forever be associated with Olsen, who looks up to more polished reporter Clark Kent (who is, of course, Superman's alter ego).

"Within a month (of 'Superman' going on air), I realized that from being a young actor who was doing live television and reading things, I had become what People magazine called a 'TV teen idol' -- I'd become Jimmy Olsen," he told the Archive of American Television.

Fame was overwhelming for the actor, who was then in his mid-20s and living in New York.

Riding the subway was a nightmare, he recalled. He was asked to leave a restaurant because a crowd formed outside and police had to help him escape. It was not what he'd bargained for.

"My life turned upside-down. This was not my idea of a good experience," he said. He suffered from anxiety and refused to do publicity.

"I thought everything I'd do as Jimmy Olsen was just a further nail in my coffin as an actor, Jack Larson," he said.

After six seasons, the TV series went off the air in 1958 and Larson found himself typecast. He turned to writing.

Later he came to terms with his fame. He had winking roles in "Superboy," "Lois & Clark" and the film "Superman Returns."

But by then, he'd established himself as Jack Larson, playwright and producer, whose writing credits included 1966's "The Candied House" and 1998's "The Astronaut's Tale."

According to his Internet Movie Database biography, Larson was born and raised in Southern California.