Born in Birmingham, central England, in 1934, Baker started his showbiz career at 16 as part of a troupe of small performers, and later worked as a DJ, circus clown and comedian, according to his official website.

Baker was the actor inside R2-D2's cylindrical costume in George Lucas's 1977 film "Star Wars." The lovable droid and his lanky friend C-3PO became two of the series' most beloved characters.

Baker returned for "The Empire Strikes Back," ''Return of the Jedi" and three prequels released from 1999. 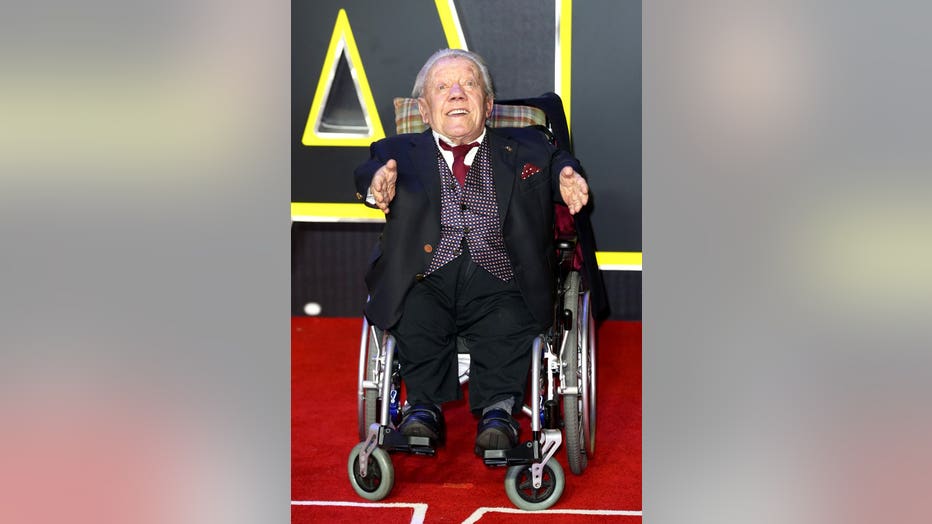 Kenny Baker attends the European Premiere of "Star Wars: The Force Awakens" at Leicester Square on December 16, 2015 in London, England.