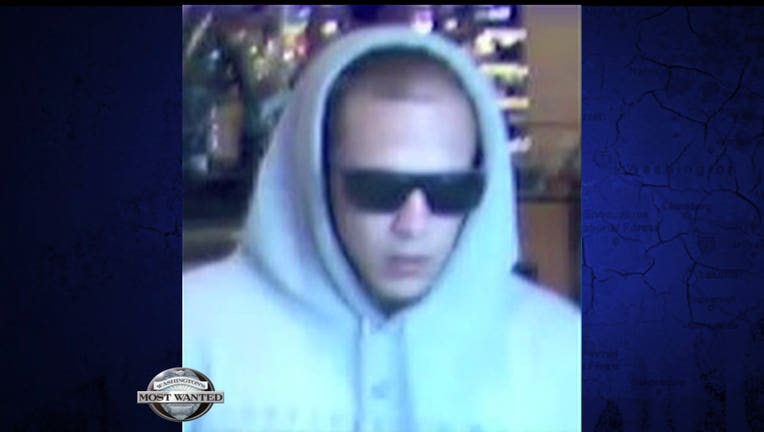 FUGITIVE CAPTURED December 16, 2014 -- King County Prosecutors have charged Bradley King with two counts Robbery In The First Degree after he was identified and arrested by Auburn Police thanks to Crime Stoppers tips. Detectives say he walked up to a teller at the Alaska USA Federal Credit Union and handed him a note demanding, “Give me all your  money.” Also on the note was written the word gun indicating he was armed. King is alleged to have committed a similar bank robbery three weeks later. King is scheduled to appear in court tomorrow. His criminal history includes convictions for Malicious Mischief 3, Theft 3, Taking a Vehicle without Permission, Theft 1, Assault 4, and three counts of Assault 4-Domestic Violence, the most recent in 2009. King is being held on $150,000 bail and is scheduled to appear in court tomorrow. FUGITIVE WANTED IN AUBURN October 31, 2014 -- This guy looks more like he's going for a jog, but this sweatsuit-wearing thief is wanted for robbing a bank in auburn. Police say he took money last week from the Alaska USA credit union, inside the Safeway on Auburn Way South. He was wearing a gray Seahawks championship hoodie sweatshirt, sweatpants and sunglasses. If you recognize him, call an anonymous tip into: CRIME STOPPERS: 1-800-222-TIPS You will get an automatic $1,000 dollar cash reward if your tip leads to an arrest and charges. You must call the Crime Stoppers hotline with your tip to be eligible to receive a cash reward for information leading to a fugitive’s arrest. Click here for information on how to text a tip to Crime Stoppers.