FUGITIVE CAPTURED Feb. 26, 2014 -- Portland police say Lonnell George was arrested on Wednesday in Las Vegas, Nevada. George was arrested without incident by the Las Vegas FBI Criminal Apprehension Team (CAT) at an apartment in Las Vegas. The CAT is a task force comprised of Detectives from the Las Vegas Metropolitan Police Department, Henderson Police Department and Special Agents from the FBI. The Portland Police Bureau would like to thank Las Vegas FBI CAT for their assistance in this case. FUGITIVE WANTED IN PORTLAND, Oregon June 7, 2013 -- The U.S. Marshals are hunting for an accused ‘armed and dangerous’ killer from Portland who could be hiding in the Seattle area. Portland police say Lonnell George gunned down an 18 year old guy at a gas station in late March, during an argument. 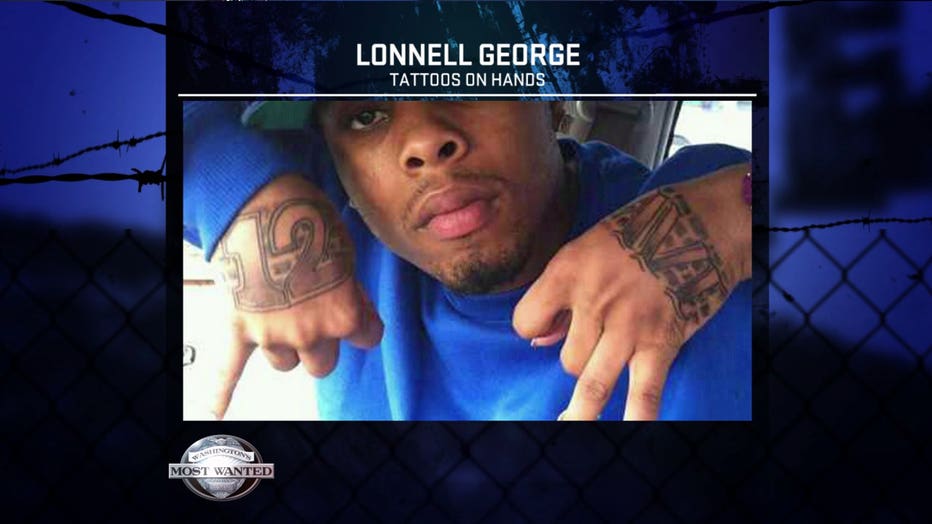 You can see the tattoos on his hands in the photo above. Here are the details on LONNELL GEORGE: