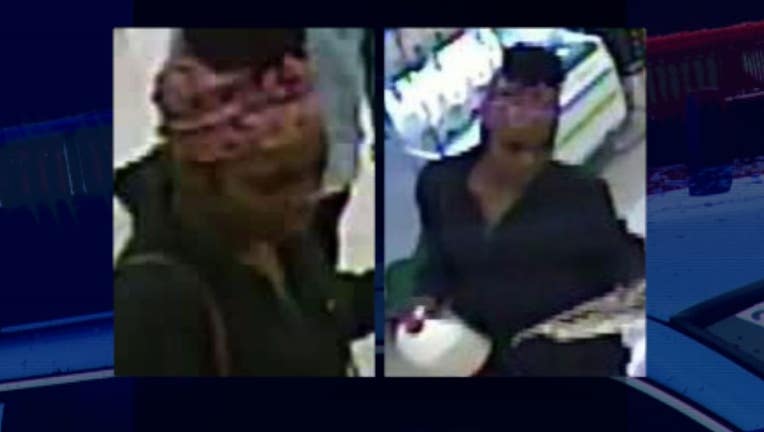 FUGITIVE CAPTURED August 2, 2015 -- Seattle police arrested Rickelle Boyd on Sunday. She had three outstanding warrants for Theft and Assault. She was identified by Washington’s Most Wanted viewer tips to Crime Stoppers of Puget Sound and is WMW Capture #653. FUGITIVE WANTED IN SEATTLE January 30, 2015 -- Seattle police need your help identifying a woman – and possible mom – accused of using a crew of kids to boost booze from the Rite Aid on Rainier Ave. -- and nearly getting them killed doing it. Ret. Det. Myrle Carner explains what was caught on camera. "She goes into the store with three small young female kids. They walk around and go around different aisles and then go back into the liquor area where this possible mother, and we're not sure if it's the mom of the kids, but this lady starts loading liquor bottles into the backpacks of these kids. After she’s done, the woman goes and grabs a gallon of milk. She takes is up to the front register and sets it down, looks at the clerk, then she turns around and starts helping the kids, making sure that the backpacks are all zipped up and so forth. She then turned around, grabbed a kid and they leave the store. Now the pathetic thing about it is not only is she training them to steal, but they ran right out into Rainier Avenue and according to the witness, they almost got killed crossing the street. We need to know who this individual is so we can stop her before she ruins the lives of these kids."

If you can tell Seattle police her name, call an anonymous tip into: CRIME STOPPERS: 1-800-222-TIPS You must call the Crime Stoppers hotline with your tip to be eligible to receive a cash reward for information leading to a fugitive’s arrest. CLICK HERE for information on how to TEXT A TIP to Crime Stoppers