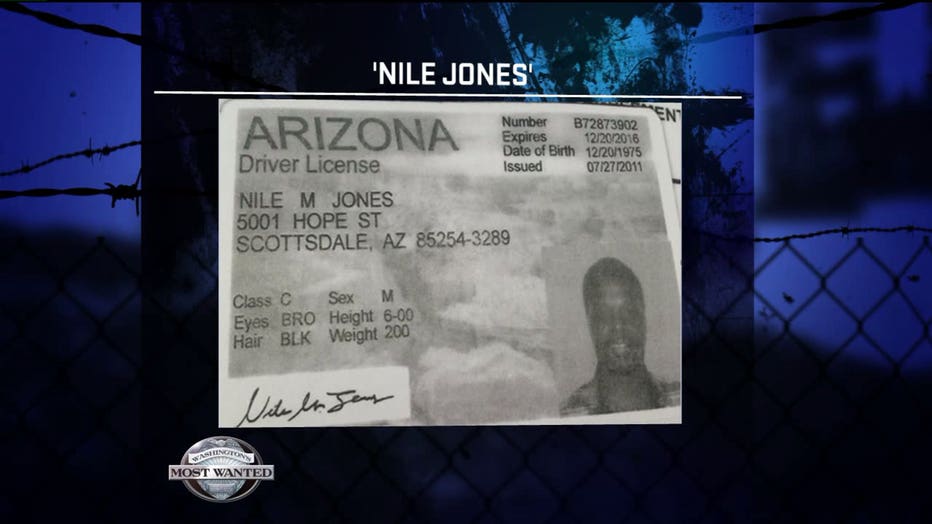 on his $500,000 bench warrant and for a new charge of assaulting a federal officer 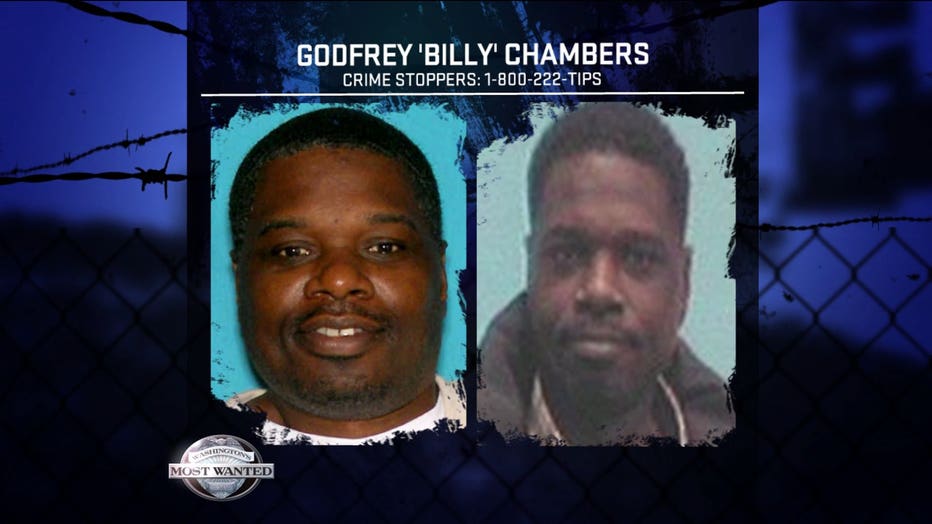 FUGITIVE CAPTURED October 19, 2013 – Godfrey “Billy” Chambers is out of jail after posting a $250,000 bond for Assault First Degree, $25,000 on a DUI from Seattle Municipal Court, and $1,000 on an ID Theft Second Degree out of King County District Court, and was released from jail. He will be arraigned in King County Court on November 4th. The U.S. Marshals Pacific Northwest Fugitive Apprehension Task Force arrested Chambers on Saturday after a short, wild chase on Rainer Avenue in Seattle. Acting on Crime Stoppers tips from Washington Most Wanted viewers, task force members say they found him outside a barbershop on Ranier Ave. Supervisory Deputy U.S. Marshal James Adkins says when Chambers was approached and ordered to give up, he rammed a law enforcement vehicle with his large Mercedes SUV. Adkins says, “When he wasn’t able to push the vehicle out of the way, he drove up on the sidewalk in an attempt to escape.” Chambers took off and then locked up his breaks when he realized he was on a dead-end road. His vehicle slid into a small ditch and hit some landscaping. He jumped and tried to run but surrendered when he realized he wouldn’t be able to get away. Chambers is also accused of shooting two people outside the Annex bar in Tukwila in December of 2011. He is also accused of using cloned credit cards and a phony Arizona driver’s license to buy more than $10,000 worth of I-phone 5’s in Burlington. He was wanted for similar thefts in Mukilteo, Marysville and Everett. Detectives say last May, he tried to buy a $7,000 ring at a Fred Meyer store using a cloned credit card and a fake Texas driver’s license. He also hit Costco stores in Tumwater and Puyallup for expensive electronics. FUGITIVE WANTED BY U.S. MARSHALS August 2, 2013 -- In July, we showed you video of a guy cops say used cloned credit cards to buy thousands of dollars in iPhones. He was seen on surveillance video inside the Mukilteo T-Mobile store, wearing some distinctive light blue tennis shoes – and waving his hands around, doing a little dance like he doesn't have a care in the world. He had an ID that said ‘Nile Jones’, but Burlington police detectives knew that wasn't real -- so we asked for your help in finding out exactly who he was. Turns out, a bunch of you called Crime Stoppers -- and now we know his real name -- it's Godfrey Chambers, a guy many know as ‘Billy’. He's not just a wanted thief. The U.S. Marshals have been looking for him since 2011. That's when we featured him on WMW for allegedly shooting two people, and pistol-whipping another on the dance floor at the ‘The Annex’ bar in Tukwila. Chambers was never caught, so he's still wanted for those crimes and for the thefts.. If you can tell the Pacific Northwest Fugitive Apprehension Task Force where to find him, call an anonymous tip into: CRIME STOPPERS: 1-800-222-TIPS You must call the Crime Stoppers hotline with your tip to be eligible to receive a cash reward for information leading to a fugitive’s arrest. CLICK HERE for information on how to TEXT A TIP to Crime Stoppers