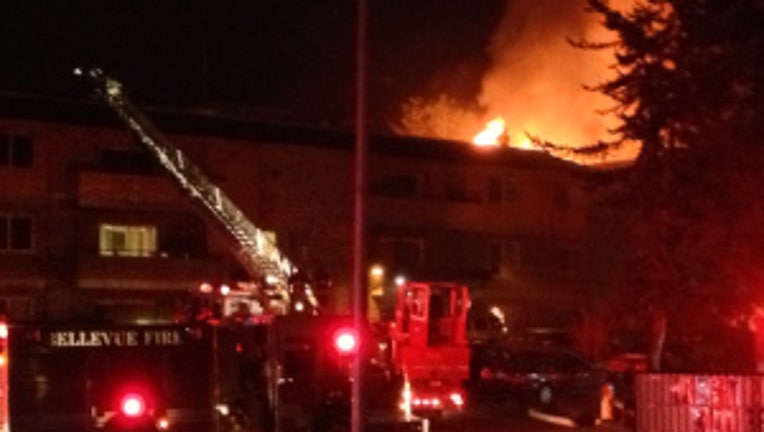 BELLEVUE -- About 60 people were evacuated from their apartment building and at least temporarily displaced Tuesday night after a fire broke out in one of the units.

No one was injured in the fire at the Newporter Apartments at 5900 119th Ave. SE.

A Bellevue Fire Department spokesman said none of the apartments in the 120-unit building was destroyed, but some suffered heavy smoke damage.

He said he was unsure when the residents would be allowed to return to their apartments.

Cause of the fire was not immediately known.